National Mango Board Projects Up to 4M Boxes Per Week: Display Contest Continues

ORLANDO, FL - The weeks ahead look to bring more mango-mania, the National Mango Board (NMB) reports, with the next four weeks projected to bring close to or above 4 million boxes per week.

The Mexico harvest is currently transitioning from the central pacific coast states, such as Colima, Jalisco, Nayarit, and Sinaloa, into the Northern Sinaloa region, which kicked off its harvest at the end of June.

The mango season started later than usual, bringing strong volumes later into the summer months that the NMB advises retailers take advantage of with promotions to help keep supplies moving. 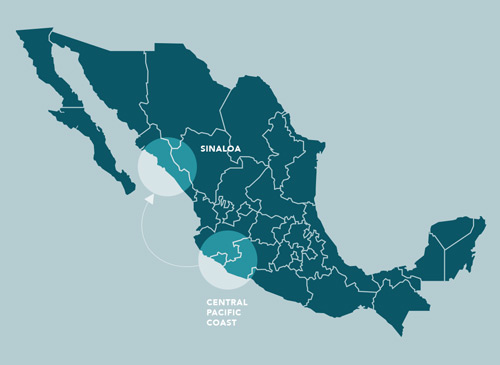 As we reported previously, NMB offers a wide selection of tools and resources to help retailers educate consumers on proper mango-eating techniques. Aside from Point of Sale materials, mango recipes, and nutritional facts, the board also has its Mango Mania Display Contest, which offers more than $10,000 in prizes and incentives.

Mango shipments from Mexico are expected to hit from 66 to 70 million boxes, with upwards of 10 million boxes projected from the Northern Sinaloa region alone.

According to NMB, Tommy Atkins are currently peaking on 10s, 12s, and 9s, while Kents are also entering the market with larger fruit peaking on 9s and 10s.

Ataulfo volumes will end their season at the beginning of August, with expectations of supplies dropping steadily through then.

As we near Brazil’s mango season, starting the first week of August and arriving in the U.S. around mid-August to start, AndNowUKnow will continue to keep you up to date on the market throughout the year.