THE DALLES, OR – With a six to eight week harvesting season, and already into its second week of packing, Orchard View Cherries is riding the intensity of the season with a new branding, new machinery, and even bigger volume to this year’s crop.

As Oppy’s Executive Director of Northwest Cherries, David Nelley, recently told me, Orchard View Cherries, formerly known as Orchard View Farms, is seeing its biggest growth period in many years. “We’re pulling off of 2,400 acres now,” David says. “Essentially Orchard View has doubled the land size over the past six or seven years, but is also bouncing back from the October 2014 frost that occurred in Oregon.” 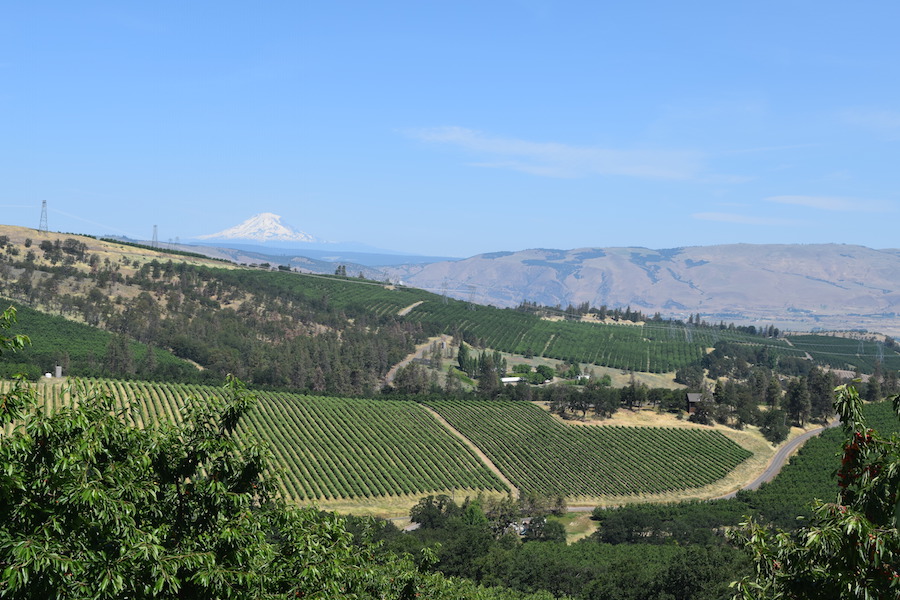 Orchard View was able to expand its reach and fields by picking up a number of new farms in the area, starting around six months ago. David says that these new partnerships came from long-standing relationships the Bailey family has in the area, and unique situations that saw some families wanting to lease their orchards, but not wanting to sell their land, farms, and legacies completely.

“Through these relationships, we’ve not only expanded our acreage, but the quality of production,” David explains. “We’re running at roughly about 70-80 percent of all our cherries being grown under their own farmers under their own control. They know exactly how those cherries are being treated, handled, and grown.” The company’s specialty varieties are provided from outside growers. 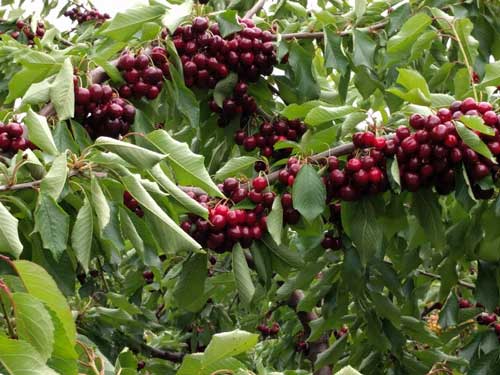 On that note, David says, Orchard View Cherries saw a great start to its first week of packing, “Crop is big in volume, we started with packing out the Chelans, closely followed by the Rainiers. So far, it’s great. The Chelans are nice, dark cherries with fresh green stems.” The company began its production of Bing cherries earlier this week.

Key to this jump in volume, is a simultaneous debut of new equipment at the company’s facility. Orchard View Cherries now boasts a new Unitec Optical sorter, which is able to sort through the company’s crop at a much finer degree of quality control than the human eye can deliver, with much faster speeds as well. 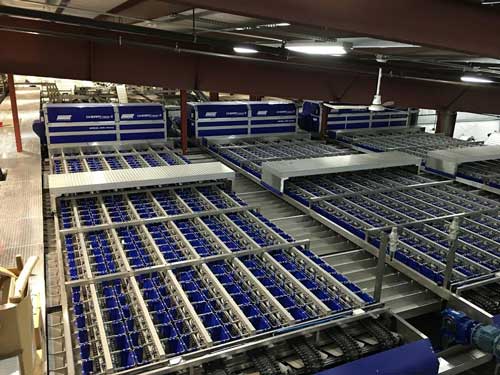 “With the new sorter, and new cooling tunnels in our facility, we can now pack much faster at 48 lanes,” David says as we discuss the company’s growth and expanded ability to provide volumes for export. “It’s also much quieter, because a lot of the decisions are pre-made for the machinery. In an intense six-eight week season, we now have a calm and thriving workplace.”

Retailers can see these results not only in Orchard View Cherries’ increased volumes and quality, but also in the company’s new packaged branding. Bags filled with cherries will feature the company’s “Pick Your Moments” slogan, which David explains, keeps the focus right where Orchard View wants it; on the cherries. 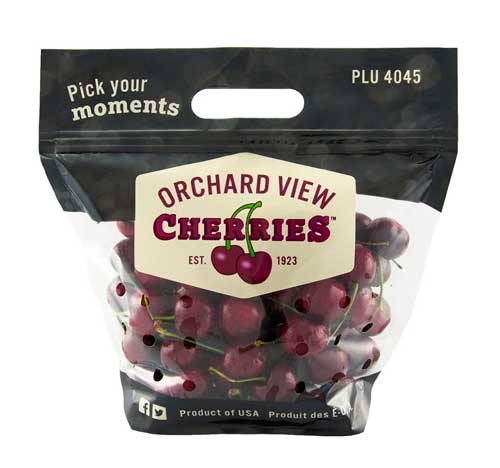 “This theme is all about packing and picking in the short season, but doing it well and picking the right size at the right time. It not only keeps the consumer focused on our only commodity, 2,400 acres of cherries, but it’s a call for the consumer to pick their own moments to kick back and enjoy the fruit,” finishes David.

With that kind of excitement and cherry-picked focus, Orchard View Cherries is bound to have an energy-filled, sweet season.