THE DALLES, OR - Between a milestone year for partnerships and premium weather giving way to stellar quality, the Orchard View Cherry team is closing out 2019 on several high notes. 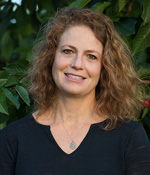 “This was our largest volume year ever. But the defining moment was that we had consistently phenomenal quality. Because temperatures were quite moderate, the sugars were able to develop more fully, making for very sweet cherries. This allowed us to have less stressful days so that we could enjoy the wins that much more,” Brenda Thomas, President of Orchard View Cherries in The Dalles, Oregon, said. 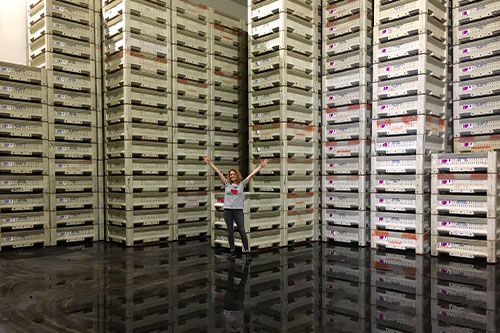 Mother Nature must have sensed that this year marked a decade since Orchard View teamed up with exclusive marketer Oppy, deciding to give the partnership the best gift a grower can get from her.

“We’re thrilled to be toasting to our union alongside a record volume increase of 10 percent,” said Oppy’s Senior Vice President, Categories and Marketing James Milne. “It truly was a 10/10 year.”

Thomas attributed much of the partnership’s success to working well together, saying the team is lucky to have commemorated multiple milestones all in one fantastic year, not the least of which was a wave of positive comments from consumers.

According to a press release, the feedback came throughout the shorter-than-typical seven-week season spanning June 13 through August 1.

“People always have their own special story about cherries, they seem to usually bring up a cherished memory from when they were kids. Cherries really are a treat and people appreciate that because they are only in store for a limited time,” Thomas said. “I’m so thankful for the support we’ve received from retailers through promotions, engaging displays, and more! Our team works very hard to get fruit to market in pristine condition and we’re so grateful our retail partners present them to their shoppers with care and creativity.”

Milne explained that, each summer, Oppy is blown away by the response in the market.

“No one wants to miss out on these premium cherries while they’re here for a limited time,” he said, to agreement by Oppy Sales Manager Larry Hanson. 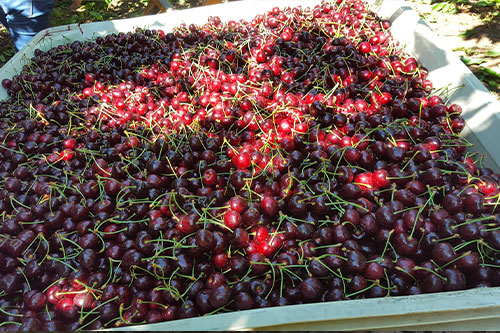 “I am honored to be a part of shipping these phenomenal tasting cherries each year. Brenda and her team don’t take shortcuts. They pick to eat, and picking at the right time is of the utmost importance to them,” Hanson said, after having relocated from his home in Nogales, Arizona, to the farm each season for the last eight years.

This is just a small piece of the passionate commitment both sides have brought to the cultivation of a memorable cherry season and more.

Looking to the horizon, Orchard View has another key milestone in its sights that will be here before the team knows it.

“We can’t wait for the day we get to say our fresh cherries have been enjoyed around the globe for over 100 years,” Thomas said excitedly of the company’s approaching centennial, which arrives in 2023. “We’re not necessarily seeking out a certain taste in a cherry but rather one that fully embodies the characteristics of a cherry everyone looks for—a bright exterior, plump, juicy, and sweet interior and bright stem. We hope to celebrate our anniversary with the cherry of the future.”

Comparing cherry life to Santa’s break between Christmas Eve and preparations for the following year, Thomas laughingly shares it is a brief moment between the celebration of one cherry season and getting ready for the next. Such is the life of the wonderful industry we serve!