BAKERSFIELD, CA - Sun World International, LLC is bolstering its teams in licensing and variety development, having appointed new vice presidents to each department and adding a new expert in fruit breeding.

“Sun World has distinguished itself as a leading breeder, grower, marketer and licensor of exceptional fruit varieties,” Marguleas said in a press release. “These appointments and promotions underscore Sun World’s commitment to innovation and, along with its licensees, to providing retail customers and consumers around the world with a year-round supply of unique and flavorful branded fruit.”

On the two new executives, Marguleas added, “Terry and Garth are proven leaders in our fruit breeding and licensing business and will be instrumental in helping to further bolster Sun World’s global footprint in grape and stonefruit development.” 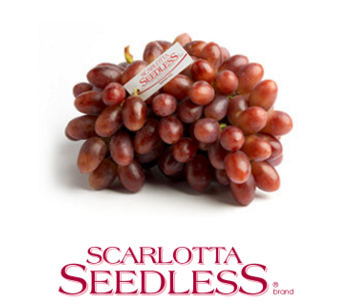 According to the company, its licensing and variety development staffs are part of its recently-launched Sun World Innovations division, which looks to harness the following:

To that end, Swinburn will be stepping in to direct Sun World’s worldwide licensing staff and activities after having managed the company’s Australia and New Zealand fruit licensing business for the past five years. His scope will now include offices in South America, Europe, South Africa, Australia, and California.

Bacon joined Sun World in 2000 as a fruit breeder. He has since worked his way up to managing the company’s fruit research program, which he has done since 2008. He will continue to oversee all table grape and stonefruit breeding and variety development in his new role as Vice President of Variety Development.

In addition to the new executives, Sun World is also expanding its reach in development with the addition of Terrence Frett, Ph.D.

“We’re looking forward to the many scientific contributions Terrence will make to our variety development program,” Marguleas said.

Frett will be an assistant fruit breeder, according to Sun World, working with Bacon in the development of new stonefruit and grape varieties.

Frett brings an innovative background in science, having worked under the direction of renowned fruit breeder Professor John Clark before recently having been awarded his Ph.D. in fruit breeding from the University of Arkansas.

Sun World’s Variety Development Center has released more than 100 varieties with a focus on improved flavor, size, color, shelf-life and extended seasonality since its inception in the early 1980s. Fruit varieties the company has develops include:

These and other brands are licensed by Sun World and included in its growing portfolio of proprietary grapes and stonefruit.

AndNowUKnow looks forward to seeing how these newest developments shape the company's portfolio even further.