LAKE CITY, MN - As the SweeTango® season comes to a close, the cooperative that grows and markets the apple, Next Big Thing, looking back on a successful 2016.

Roger Pepperl, Stemilt Growers’ Marketing Director and a member of Next Big Thing, noted that retailers in the Western U.S. SweeTango sales region were pleased with the good performance they experienced with SweeTango this season. More grocers in the region added SweeTango to their apple line-up for the first time this season, according to a press release. 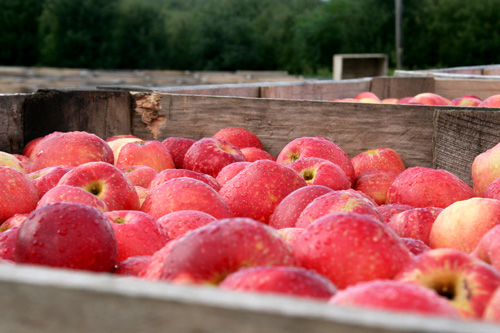 Nielsen also provided the cooperative with data showing SweeTango weekly sales between Aug. 7 and Oct. 29 increasing 24% in the U.S. from 2015.

Skip Swanson of Pepin Heights Orchards commented that retailers and consumers alike responded to the large number of in-store demos that were held in the Midwestern U.S. region, building consumer awareness of the variety and bringing in new fans.

“Demand was so strong that the season seemed to fly by in an instant,” Swanson remarked.

The overall 2016 crop was slightly larger than 2015, but reported as marginally smaller than projected due to Midwest hail in the early growing season and harvest-time cracking in New York with excellent quality.

“Consumer awareness and trial for the brand continues to receive favorable responses at shows as well as with in-store sampling and local marketing events,” said David Williams, VP of Sales and Marketing at Fowler Farms. “The season kicked off with immediate momentum, with digital coupons, new retailers adding pouch bags, and strong on-ad promotions. A highlight of the season was partnering with the Syracuse Crunch AHL hockey team to promote the uber-crunchy SweeTango with sampling, in-game fan activities like apple-dunking on the ice, and more.” 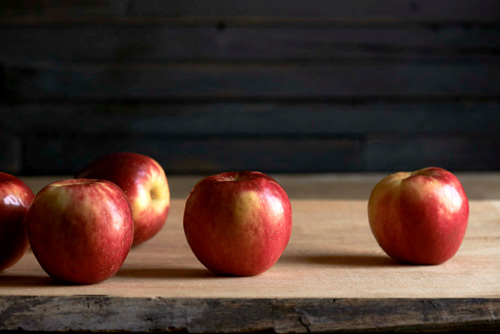 Next Big Thing also noted that a robust marketing program supported sales in the U.S. and Canada this season. Amongst attributing factors were the launch of refreshed packaging designs, partnering with retailers, and a number of consumer marketing activities to help raise SweeTango awareness.

“There was tremendous excitement out of the gate with retailers who enthusiastically supported the apple in store and in flyer,” Dennis MacPherson, Director of Sales and Marketing at Scotian Gold, said.

You can find a series of short-form animated videos promoting SweeTango here, from which the cooperative said many new fans were born.

Stay tuned for the crunchy return of this colorful fruit next season.

Here at Pepin Heights, we are motivated by one thing: apples should be exciting! So we grow extraordinary apples -- we...

Fowler Farms is in its sixth generation growing 23 varieties of apples off the shores of Lake Ontario where the climate...

Through our 55 growers, we have over 2500 acres of apple production across the fertile Annapolis Valley, Nova Scotia's...