PHARR, TX - Officers at the U.S. Customs and Border Protection (CBP), Office of Field Operations (OFO) at the Pharr International Bridge cargo facility made significant progress in mitigating the presence of illegal activities in the produce industry this past week. With a swift plan of action, the CBP uncovered two separate, unrelated shipments of methamphetamine and marijuana, which was valued at $8,348,000, discovered within commercial shipments arriving from Mexico.

“Our officers definitely rose to the challenge by detecting these narcotics loads in two separate commercial shipments at our cargo facility,” said Port Director Carlos Rodriguez, Port of Hidalgo/Pharr/Anzalduas. “As daunting a task as this may seem, our officers are able to effectively balance processing lawful trade while maintaining a robust enforcement posture to advance our border security mission.” 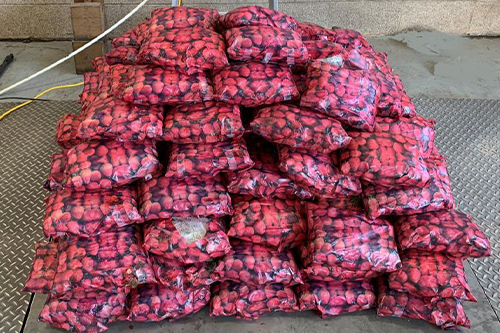 The first seizure occurred early on April 28 after CBP officers encountered an empty tractor/trailer. A secondary examination that included a non-intrusive imaging (NII) system inspection allowed the officers to detect packages of suspected narcotics concealed within the trailer. Officers removed a total of 1,641 packages containing alleged marijuana and weighing 624 pounds (282 kg), which are valued at $125,000.

Hours later, officers referred a tractor/trailer hauling a commercial shipment of fresh strawberries for further inspection and ultimately discovered 177 packages of alleged methamphetamine concealed within the boxes of strawberries. These bundles of narcotics weighed 411 pounds (186.5 kg) and are valued at $8,223,000, a press release stated.

CBP OFO seized all of the narcotics. Both conveyances and the cases remain under investigation by Homeland Security Investigations (HSI).

AndNowUKnow will continue to cover the latest in drug busts as they pertain to the industry. 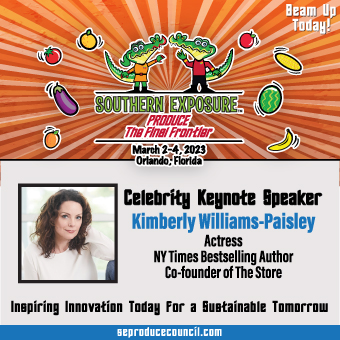