PLANT CITY, FL – Wish Farms has announced a new, organic blueberry farm out of a little town called Alturas in Polk County, Florida. As if by the magic of the company's iconic Misty the Garden Pixie, after whom the new farm is named, the state-of-the-art facility will provide organic blueberries, even in the depths of winter. I spoke with Teddy Koukoulis, who co-founded the farm alongside J.C. Clinard and Gary Wishnatzki, about the origins of the new farm, and what he and his colleagues aim to accomplish with it. Though J.C. Clinard conceptualized the farm in 2014, it took two years to get the ball rolling. 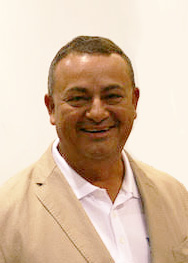 “J.C. Clinard and I traveled around the world, looking at blueberry farms and different areas and regions and ideas,” Teddy said. “We talked about how we should do something that’s different and take some of the ideas that we’d seen and add what we think is better to see if we could improve it; so, we came up with Misty Organics.” 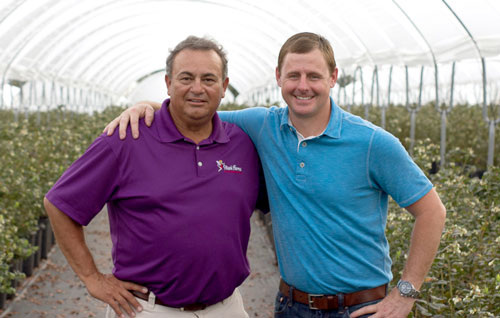 With demand for blueberries ever-rising, the farm is an attempt to bridge the gap between the South American blueberry supply, which falls off in late February, and the Southeastern U.S. supply, which picks up in late April.

“J.C. is a really good thinker, a very learned individual, and we both did a lot of research,” Teddy continued. “We knew that there are very few organic blueberries in the United States in March, as far as supply. So, we said, ‘Let’s get the right, early varieties. We’re going to grow them in pots—which they are. We’re going to grow them organically. We’re going to put a sophisticated irrigation system in that’s scientific, that has moisture sensors in the soil to tell us when it's dry or wet.’ And our irrigation really runs automatically. We’re conserving water. We’re very good keepers of the property.”

And the property they keep is something to behold: 24-acres on a south facing slope overlooking a lake front.

“Even the property itself—we looked for the property for a year,” Teddy reminisces. “We wanted a south facing slope because we wanted winter sun. And, then to top it off, we put hoops up: not only do they help during freezing, but they also create heat units. They bring your berries on faster, and that’s what we were trying to do—hit a window.” 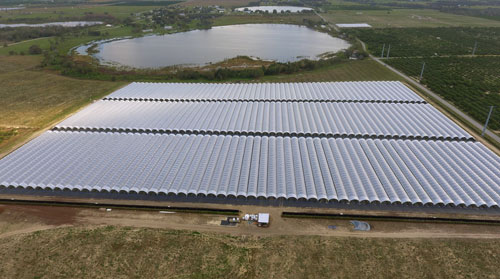 Though the container plants, which allow for spatial flexibility and more plants per acre flourishing, the growers have not let themselves become overconfident.

“We’re still learning: we are very humbled by this process and I think we’re extremely proud of it and we feel like the quality of our berries will be exceptional,” Teddy exclaimed. “We just started picking and, right now, even if it rains we can still pick, even if there’s dew on the ground we can still pick because our berries are undercover, and they are completely dry.”

Teddy is not alone in the pleasure he derives from the venture. CEO Gary Wishnatzki spoke to his enthusiasm as well. 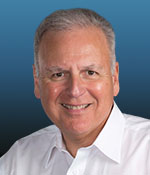 “We’re excited to continue innovating as a company,” Gary said. “Misty Organics is an important piece of the puzzle. By extending the Florida growing season, we can continue providing consumers with high-quality, domestic blueberries.”

To stay in the know on blueberry breakthroughs, keep reading AndNowUKnow.