SANTA CRUZ, CA - This time of year offers perhaps some of the most exciting produce news. Luckily for us here at AndNowUKnow, Awe Sum Organics is only ramping up the excitement. The grower recently announced the arrival of its organic blueberries from the Pacific Northwest, made possible by partnering with small and mid-sized family farms in Oregon and Washington. 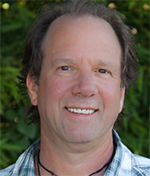 “Since the coronavirus pandemic, organic produce sales have increased,” noted David Posner, President, CEO, and Founder. “I think that’s because people are more health conscious than ever. Organic blueberries in particular are experiencing a major boost in sales likely because blueberries are known to have so many health benefits. Additionally, packaged fruit is a common choice for shoppers during the pandemic.”

The varieties offered by Awe Sum Organics include Duke, Draper, Top Shelf, Cargo, Liberty, and Aurora. The early varieties will be offered in late June with the late varieties finishing out the season in early September. Posner remarked that the organic blueberries are set to hit loading docks in Portland, Oregon, by June 22.

The Pacific Northwest, according to a press release, is known for its fertile soil and optimal climate, which is perfect for organic blueberry production. Blueberries are beloved for their antioxidants and phytoflavinoids, and they are also high in vitamin C and potassium.

This superfood is bound to make buyers sing the blues this summer. Stick around while AndNowUKnow brings the latest in fresh.