LOCKPORT, NY - Chef Vincent Gilliard is known as a rising talent in the industry, recently creating the recipe that made him a finalist out of 2,400 other young Chefs across the country. He made a point to feature locally-sourced food, and SnapDragon® apples were part of the dish that put him on the culinary world map. 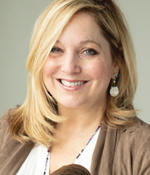 “This is the kind of event that shows everyday cooks what’s possible with just a little inspiration,” says Rena Montedoro, Vice President of Sales and Marketing of Crunch Time Apple Growers. “We’re absolutely thrilled our apples made it into the San Pellegrino contest and that Chef Gilliard used locally sourced produce from New York State. This demo event was a great way to showcase Snap in recipes and provide a hands-on experience for our consumers.”

Gilliard kicked off the event by sampling the SnapDragon Apple Crostino, which included Goat Cheese (room temp), Minced Garlic Cloves, Chopped Parsley, Heavy Cream, Maple Syrup, Pecans, Cauliflower, Extra Virgin Olive Oil, Salt and Pepper, a French baguette, and, of course, SnapDragon apples. According to a press release, this was followed by a demo where guests then learned how to prepare the SnapDragon signature recipe: an antioxidant salad with ginger dressing.

When Chef Vincent is not giving cooking demonstrations in the Big Apple, he is the Chef de Cuisine at Oak Hill Country Club in Rochester, NY—one of the nation’s premier golf clubs that has hosted both the Masters and the Ryder Cup.

Keep your eyes peeled for the next produce partnership born of Chef Vincent Gilliard’s expertise and talent.