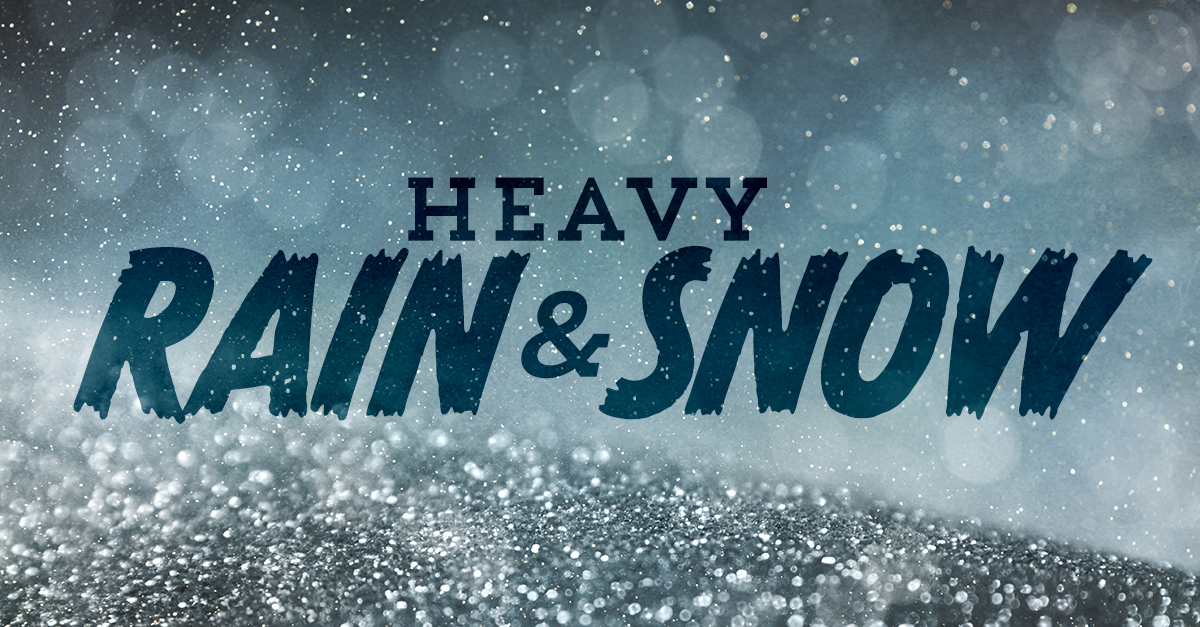 CALIFORNIA - Looking out my window in Sacramento, California, today, I can see that the predictions for heavy rainfall we reported last week on AndNowUKnow were correct. As a powerful atmospheric river moves in, AccuWeather revealed that almost a month’s worth of rain and snow could hit the Golden State this week, providing some much-needed drought relief.

This storm moved onshore in the Pacific Northwest on Saturday, dropping heavy rain, snow in the mountains, and strong winds across western Washington and Oregon. The weather has also impacted a large area of southeastern Alaska as well as coastal British Columbia.

It is currently predicted that 2–4 inches of rain will fall along the Washington and Oregon coasts as it continues to make its way down into California. 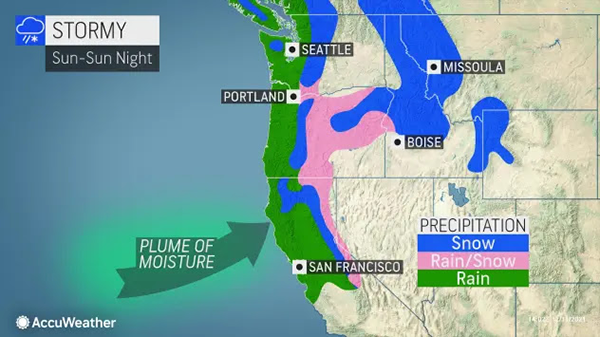 As this storm moves south throughout the early part of this week, a surge of moisture, referred to as an atmospheric river, will be unleashed across California, bringing the chance of several inches of precipitation in some parts of Northern and Central California. Multiple feet of snow are also expected in the Sierra Nevada.

Rain and snow from the storm will likely lead to dangerous travel conditions, with road closures due to the threat of flooding, washouts, and mudslides. These conditions could add to shipping delays ahead of the holidays as trucks, rails, and aircrafts may be hindered. 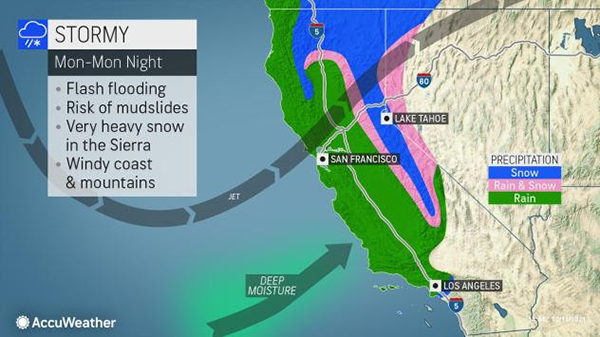 The worst of the storm is predicted to hit the San Francisco and Sacramento, California, areas through Monday night. In less than 48 hours, both locations could pick up the normal monthly rainfall average from this storm alone. Other locations could also receive a month’s worth of rain in a couple days as the atmospheric river makes its way down the state.

Southern California is expected to receive its heaviest rainfall Monday night and into Tuesday, leaving 1–2 inches of rain in Los Angeles. Some of the mountains outside of Los Angeles could also see some snow mixing in with rain. Areas out toward Point Conception in the San Gabriel, Santa Monica, San Bernardino, and San Rafael mountains to the north of the Los Angeles basin could see rainfall totals of 2–4 inches. 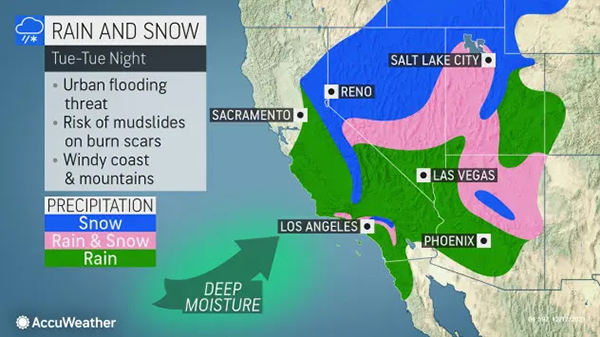 Snow will pick up over the Sierra Nevada and Donner Pass into Tuesday, with travel through those areas being nearly impossible today. Snowfall rates could reach an excess of 3 inches per hour for a prolonged period, made more intense by gusty winds. Forecasters have announced the possibility of 4–6 feet of snow in the high country in the Sierra Nevada through early this week.

This multi-day storm along the West Coast could prove very beneficial to the snowpack across the Cascades and Sierra Nevada and will greatly benefit drought relief in California as more than 80 percent of the state is in extreme and exceptional drought, the two highest levels recognized by the United States Drought Monitor.

With this storm already underway, how will ag regions across California be impacted by the conditions? Keep reading AndNowUKnow for updates.