Mastronardi Produce® Gears Up for Honey Bomb™ to Drop with Chef Visit, Investments, and More

KINGSVILLE, ON - Mastronardi Produce® is cracking the snacking category wide open for fresh produce, and the next hit will officially land this May as the newest member of its popular Bombs™ lineup hits retail shelves.

The company announced that Honey Bombs™ is coming to stores, following the success of Flavor Bombs® and Sugar Bombs®. Each is a snacking tomato-on-the-vine that explodes with flavor. 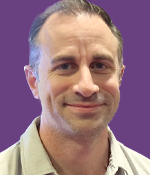 “Consumers can’t seem to get enough of our on-the-vine snacking tomatoes, so we’re excited to offer them another flavorful option that will take snacking to the next level,” shared Peppe Bonfiglio, VP of Sales. “The investments in marketing and expanding our growing capacity are a reflection of the increasingly high consumer demand for the unbeatable flavor and quality of the SUNSET® brand.”

Those investments include expanding the company’s infrastructure, most recently with the expansion of Green Empire Farms in New York. At 64 acres of lit growing capacity, Mastronardi touts this as one of the largest single-build, high-tech greenhouses in North America. Such moves for growth will allow for a significant increase in production of premium locally-grown greenhouse produce, especially during the winter months, according to a press release. 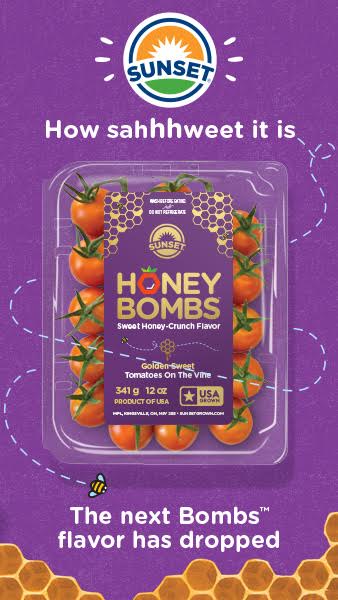 As for the entire Bombs™ lineup, Mastronardi’s offering has also found a foothold in the culinary world. 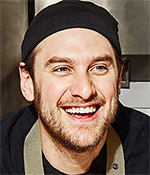 Spanning nearly 60 lit acres of growing capacity, viewers can see Mastronardi Produce’s impressive greenhouse growing operations first-hand, as well as get an inside look into where the company's produce comes from.

This all offers a strong lead-up to Honey Bombs™ golden sweet cherry tomatoes-on-the-vine hitting store shelves this May. As the Mastronardi team says, the results are sure to be “explosive.”

To see the full video featuring not only Chef Leone, but also Mastronardi President and CEO Paul Mastronardi, click here.