HOOD RIVER, OR - UNITEC recently teamed up with Diamond Fruit Growers to help the grower’s handling season be as smooth as possible. After implementing UNITEC’s technology in July of 2018, the Diamond Fruit Growers’ team has reported how much life the tech provider’s 18-lane line—equipped with Pears Sort 3 technology—brought to the grower’s final product coming out of the Hood River Valley, including high levels of qualitative homogeneity and quality consistency across the board. 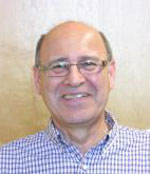 “We have received many comments about the line and all have been positive. Other packing houses have come to tour the line and have expressed how efficient and smoothly it runs,” said David Garcia, President of the Oregon Packing House. “Retailers that have received our product have commented on our fruit quality and how very consistent it is. We have had several top retailers stop at our plant just to tour the line and have been very impressed with the operation.”

Around the same time that Diamond Fruit Growers decided to implement UNITEC’s technology, distrust toward pre-sorting lines was growing within the U.S. fruit and veg sector. According to a press release, U.S. Packing Houses handling pears have always preferred direct packaging lines, in the belief that pre-sorting lines lacked delicacy and therefore could damage the pears—but the choice of Diamond Fruit Growers to rely on UNITEC for a pre-sorting line for pears, and the surprising results it obtained, represented a real watershed compared to the past. 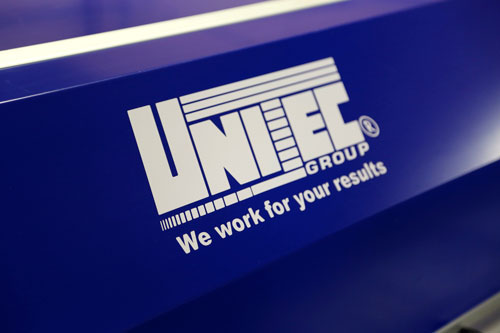 “A pear that starts with no skin damage when its run on the UNITEC line will end up with no markings after being ran across the line. This is what we were hoping for when we approached UNITEC about designing this line and they truly succeeded in building a line that will not mark up the pears,” Garcia continued.

The results Diamond Fruit Growers has obtained ultimately piqued the interest of other companies, including retailers and distributors. According to a UNITEC press release, all who came and feasted their eyes on the 18-lane line were in agreement that there was a noticeable difference in the levels of qualitative homogeneity and quality consistency. In fact, many reported that they have seen consumers and shoppers increase their purchase of Diamond Fruit Growers’ pears after the grower implemented the new technology. 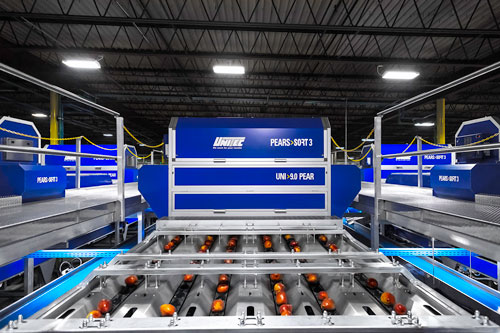 The press release also noted that the UNITEC 18-lane line is one of the first pear handling lines in the United States that has brought a real turnaround, leading more packers to lean into pear handling lines. One of the distinctive features of the line is its gentle handling of pears. Another feature of note is the reliability of its quality selection, only made possible by the Pears Sort 3 system and its high resolution cameras, which was designed by Unisorting, a division of the UNITEC group. The cameras scan 360 degrees of each pear.

“We noticed, especially in our number one grade, that the end product was very consistent,” Garcia continued.

This technology has also helped Diamond Fruit Growers streamline its operations by making it possible to divide fruit into product classes characterized by an extremely high Coherent Quality, with each class having its own territorial or consumption destination. 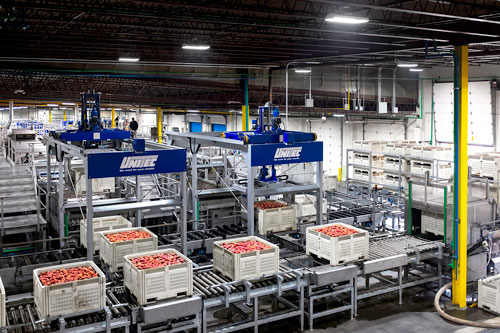 “Our ability to process more bins in an hour increased,” Garcia added, noting an almost 100 percent increase in production efficiency and a significant reduction in labor costs. “Prior with two lines we were able to run 70-75 bins per hour. With the new line we ran 100- 140 bins per hour Prior years we had up to 75 employees per shift sorting. New line we had 12-15 sorters per shift.”

When Diamond Fruit Growers first proposed readapting its pre-existing pear line, UNITEC instantly took on the responsibility of designing and manufactguring a line dedicated exclusively to pears—making it one of the first in the world of its kind.

“When we first started looking at replacing our old lines, there were apple lines out there that were modified to run pears but they weren’t going to take us where we felt we needed to be for the future,” Garcia said. “That is where UNITEC came into play. UNITEC was able to show us through their designs and vision what a true pear line would look like. As we got further into working with UNITEC. we knew that this was the line to take us into the future.”

Garcia continued: “Another indication that we had made the right decision was at the end of the season everyone was looking forward to the next season with the new line because we think we have just begun to touch on how well this line can run pears!”

UNITEC’s partnership with Diamond Fruit Growers also expands its presence in the United States market—adding to its presence in Lodi, California, and Wenatchee, Washington.

For more fresh produce news like this, stay tuned to AndNowUKnow.

At Unitec we work in partnership with our clients to offer reliable and effective technological solutions for the various...