BEIJING, CHINA - Since the beginning of the summer, all eyes have been on the cherry category as the transition from California to Washington left a tight market and high demand for the summertime crop—Stateside. Across the Pacific, however, the market for U.S.-grown cherries has suffered, but for reasons a Reuters report attributes to the “tit-for-tat trade battle” between China and the United States. In fact, the news source describes the imported cherry market in China as a “symbolic casualty” of the tariff war—but what does this mean for some of our industry’s leading growers? As we have heard from many sources, the cherry market has been strongly impacted.

“Tariffs cause disruption to all export and import. This particular one disrupted a great premium market for the cherry growers in the U.S.,” Roger Pepperl, Marketing Director for Stemilt Growers, shared with ANUK. “China buys the best cherries we grow in size and quality and, because of that, the market was very important.”

This very important market, however, has essentially disappeared after the Chinese government placed “sky-high tariffs,” according to Reuters, on U.S. cherries. 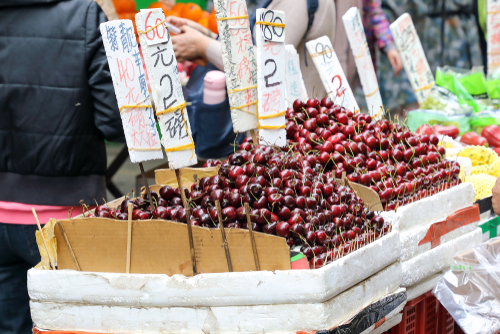 “A situation like this can cause sourcing to go elsewhere. In some cases, tariff costs just make retail pricing too expensive for trading,” Roger continued. “The key is if the sourcing disruption continues after tariffs are reduced or revert back to conditions as they were before.”

Customs data shows that what was once a $200 million business in China in 2017 has since decreased to a little more than a tenth of its volume peak in just a two-year time span, Reuters reported. While China has looked for sourcing elsewhere, specifically Turkey, Uzbekistan, and other parts of Central Asia, total cherry imports into China by volume have decreased from 1,505 tonnes in May of 2017 to 187 tonnes in May of 2019—all because of the lack of U.S. shipments. 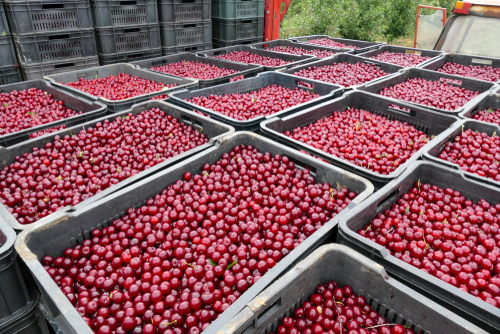 While this has resulted in a loss for some U.S. growers, it is also a loss for consumers in China, who have increasingly demanded cherries over the years.

“With such exorbitant costs after the tariff hikes, and impact of a strengthening dollar, it’s impossible to develop the market—we are at best maintaining it for now,” Victor Wang, the China representative of the U.S. Northwest Cherry Growers, said to Reuters.

What does the future entail for the global cherry market? And when will the tit-for-tat tariff war end? AndNowUKnow will continue to follow all leads.