More than 1,000 Pounds of Cucumbers Stolen from Canadian Farms This Season

CANADA - Cucumbers are next on the hit list for thefts, it seems, as fresh produce demands rise. Earlier this week, one Canadian farmer discovered hundreds of kilos of cucumbers stolen.

The Manitoba farmer is a recent victim in an apparent string of thefts that Erin Crampton, Owner of Crampton's Market in Winnipeg, told CBC News is a growing concern for the hard-working industry.

"Farmers' fields are being raided," Crampton commented, sharing that one of her suppliers (who she wished to keep anonymous) saw more than 1,100 pounds of the vegetable stolen earlier this season and had to install security measures as a result.

Precautions include motion detector cameras, fences, and gates, but they are expenses coming out of the owner’s pockets along with costs from the stolen goods. 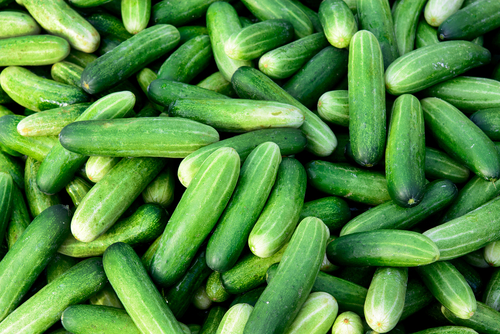 It is a harsh trend as we as an industry look to boost produce consumption, seeing others take advantage of open fields and the profits growers work hard in unpredictable conditions to bring to harvest.

As we reported recently, a number of incidents spanning various commodities have happened in the U.S., including the theft of approximately $190,000 worth of produce freight for resale in Texas and five varieties of watermelons and cantaloupes stolen in North Carolina, among others.

AndNowUKnow will report on any developments in this case as more details become known.