“The Alma Facility will enhance our ability to quickly process berries for our growers in Georgia and Florida and will serve as a back-up facility to our growers in our other regions,” said Larry Ensfield, COO of MBG Marketing.

“This new facility is over 73,000 square feet, with a capacity of 18,000 pounds per hour, making it the largest blueberry IQF facility in the Southeast USA.  We are using the latest technologies to sort, wash and then freeze the berries in a state-of-the-art IQF tunnel.  Here, the berries are individually frozen to -10°F in less than 6 minutes to preserve the flavor, nutrients, color and integrity of the blueberries.  Additional inspections and sorting takes place before they are packed into bulk containers for foodservice and ingredient buyers or poly bags for retail consumers packs.”

This new facility also contains a large fresh blueberry distribution center to service the Naturipe Farms customer base across North America, according to a press release.  The current capacity of the facility is for more than 10 million pounds of fresh berries with room to expand. 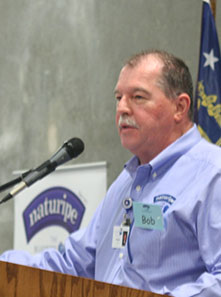 MBG Marketing held a grand opening ceremony for the new facility.  Over 250 people attended with grower-members, business and community leaders, and local and state dignitaries including Peggy Murphy, Mayor of Alma and Georgia State House Representative Chad Nimmer, according to a press release.  Bob Hawk, MBG President and CEO, proudly said at the event, "From the start of MBG on November 2, 1936 to today ... We have come a long way!" 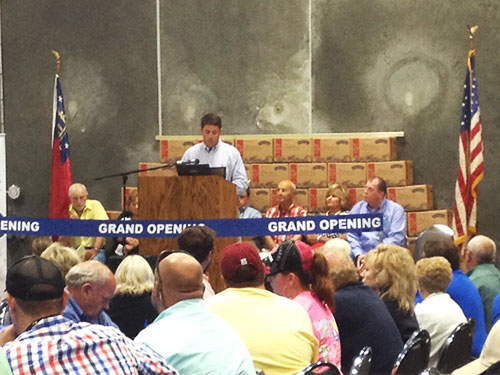 Don Wade, a retired grower-member who was one of a small number of growers in the initial co-op meeting in 1983, spoke at the grand opening as well and said, “we started with just a couple of acres and now there are over 22,000 acres of blueberries planted in the state.”

The expansion of MBG’s fresh and value-added processing capabilities will continue to enable Naturipe Farms to help satisfy the needs of a growing market, demanding buyers, and improve returns for their growers.

Congratulations on the new facility!