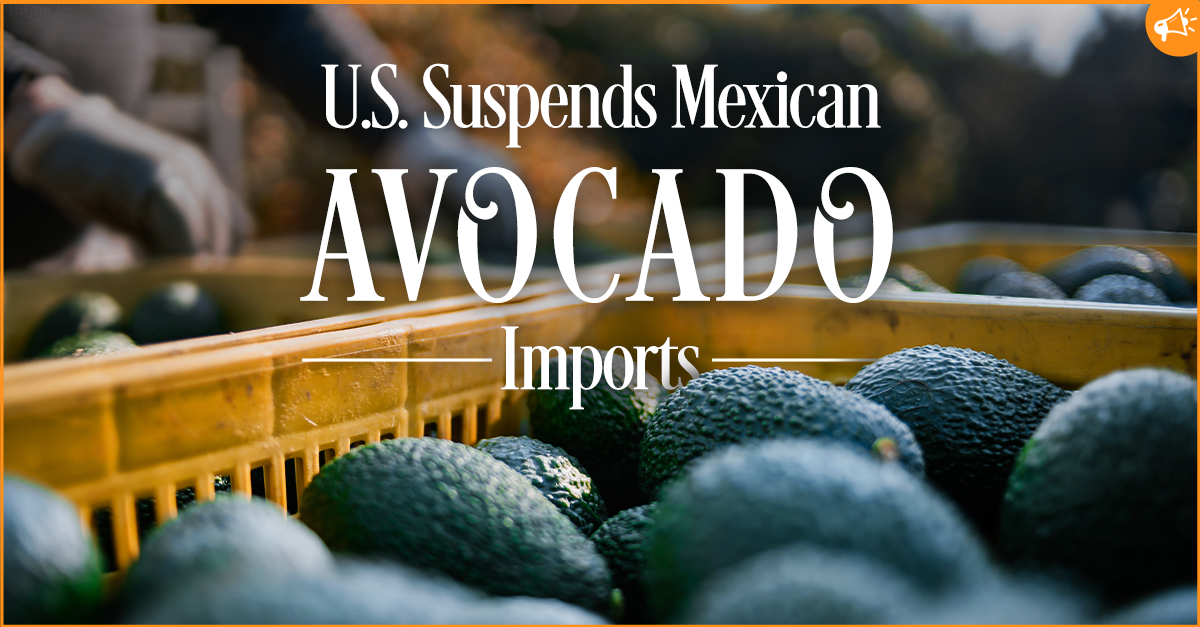 MEXICO - Reports came in over the weekend of the United States' decision to suspend avocado imports from Mexico. The decision was made after a United States official received a threat.

According to a statement released by Mexico's Agriculture Ministry confirming the decision, a U.S. Department of Agriculture Animal and Plant Health Inspection Service (USDA-APHIS) inspector was threatened on their personal cell phone while inspecting a plant in Michoacan. 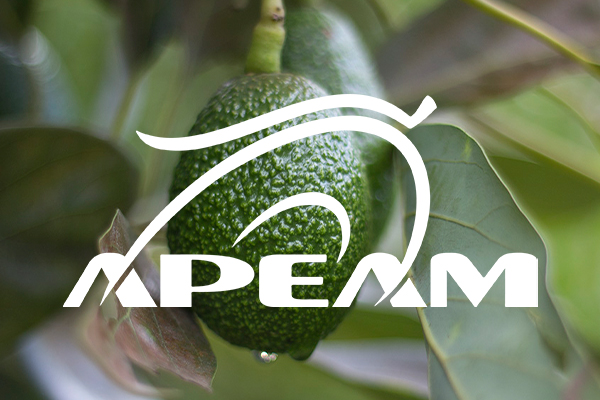 The Association of Avocado Exporting Producers and Packers of Mexico (APEAM) released a statement in response to the situation.

"[APEAM] is actively working with the USDA-APHIS, Mexican Secretary of Agriculture (SADER), and other authorities to quickly address the situation in Mexico, strengthen safety protocols, and guarantee continued compliance with the requirements of this important export program of Mexican avocados into the United States," the statement read.

The statement continued, noting updates as recent as February 16.

"In a working session yesterday between Mexican and United States authorities, in coordination with APEAM, there was positive progress and continued open dialogue. APEAM, supported by the Mexican authorities, presented a comprehensive proposal to reinforce safety protocols and create an Intelligence and Security Unit within APEAM to support the export program. The Governor of Michoacan made a commitment to immediately implement the operational security plan," APEAM's statement continued. "The proposal was well received by the representatives of the U.S. government and a memorandum of understanding will follow after the proposal is officially reviewed and approved. All parties are actively collaborating on an action plan and are committed to resuming normal business operations as quickly as possible." 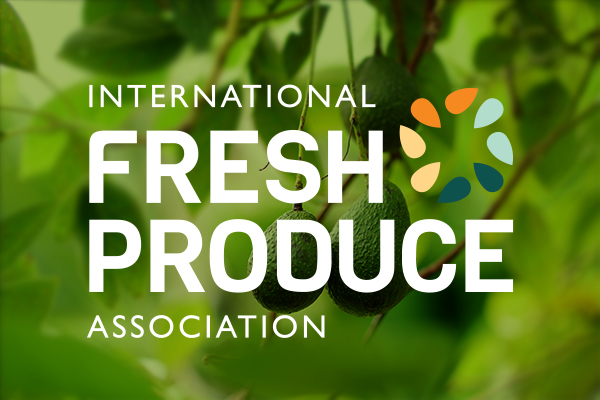 "Since Saturday, February 11, the International Fresh Produce Association has been engaged with both U.S. and Mexican government officials to assess the situation in the Mexican State of Michoacan regarding the announcement by USDA to suspend inspections of Mexican avocados. We have also been reaching out to our members who grow, transport, distribute, [and] sell avocados to U.S. consumers to monitor the situation," the trade association commented.

IFPA went on to explain the situation further.

"We understand at this point the U.S. government has officials on the ground working through an investigation with their Mexican counterparts surrounding a threat to a USDA official. We have been assured this is a high priority for both governments to first assure the safety of government officials and people who work in the avocado industry," the association continued. "Once this is determined and a safety protocol can be agreed upon by both countries, we expect USDA to resume inspections. IFPA remains committed to ensuring that international trade can resume between the two countries, and that the matter can be resolved quickly and safely for those involved. One of IFPA's strategic priorities is government advocacy that builds and maintains a positive business climate in the U.S. and North American market and encourages a commitment to free and fair trade."

A report from CNN Business noted that APHIS-USDA reported that an investigation is currently underway to assess the threat and determine the necessary measures to guarantee the physical integrity of all of its personnel working in Michoacan.

We will continue to assess the situation as more information comes in, so stay tuned.