WASHINGTON, DC - Produce Managers represent the face of the industry before the consumer. And as many retailers have told me since we began covering this amazing program, when looking at the big picture of increasing overall consumption of fresh fruits and vegetables, it truly is the retail produce manager that plays that role. With time running out to submit nominations for the United Fresh Retail Produce Manager Awards Program for 2017, I thought I would speak with some of the current retail participants as they discuss the impact of the program and the essential nature of the Produce Manager.

As Mike Orf, Assistant Vice President, Produce Operations, Hy-Vee, shares with me, the company has been honored to have had the opportunity to participate in the United Fresh Retail Produce Manager Awards Program. 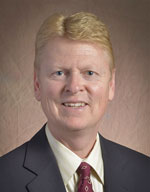 “I consider their awards program to be one of the most prestigious accomplishments a Produce Manager ever receives. The individuals who have been fortunate enough to be named a winner would tell you this is the biggest highlight of their career. It’s fantastic to see the men and women who are the face of the produce industry to be recognized and called out for their creative displays and innovative approach to increasing produce consumption in their communities,” Mike tells me. “I personally know how much pride these winning Produce Managers have in being recognized, and something they will never forget the rest of their life. It’s been an honor and a joy to be a part of the United Fresh program!”

Echoing that same sentiment is Greg Corrigan, Senior Director of Produce and Floral for Raley’s Family of Fine Stores. 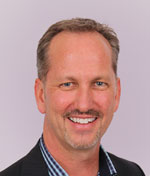 “Produce Managers work incredibly hard to keep not only the produce department stocked, merchandized, and inviting for our guests, but they also keep the dialogue open with consumers and maintain the front line,” Greg says. “It’s a great opportunity for us to recognize them and honor them for selling our great products, and recognizing their commitment to fresh produce, innovative merchandising, community service, and customer satisfaction.”

This program has grown from an initial winning class of eight winners in 2005 to the current annual 25 honorees. Nearly 300 Produce Managers have been honored since the program’s inception, representing more than 90 retail banners. Traditionally, United Fresh receives hundreds of nominations each year and are grateful to a selection committee made up of former retailers, merchandisers, and produce industry representatives who review and contrast nominations for a month to determine each years’ winners. 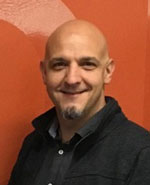 Joe Turco, Senior Category Manager, Produce Business Unit for Loblaw Companies, shares that he believes that United Fresh provides an avenue to reward Produce Managers. “These individuals are the front lines to our customers, and should be recognized with a sense of self-worth for all the efforts they do day-in and day-out. It also exposes them to another side of the business they are not familiar with.”

Tops Friendly Markets has been nominating Produce Managers for a few years now. Many of those in the industry that have been around awhile can recall the Produce Manager role as a coveted position in the grocery store, as Jeff Cady, Director of Produce and Floral shares with me. Over the years, that feeling seemed to fade slightly to some, he adds. The United Fresh Retail Produce Manager Awards Program has reversed that and added credibility back to a job that truly deserves it. 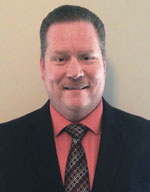 "Seeing how proud the produce managers are when they are told that they won is priceless. They stand a little taller and talk with more confidence. That is a huge impact. Not just for themselves, but their peers," Jeff tells me. "Also, when they get to go to the United Fresh Convention in June, it take those feelings to the next level. That along with the realization of just how big this industry really is."

He adds that Produce Managers play a critical role in Tops Friendly Markets' stores. They are the presumed expert. When a customer comes in and starts asking questions about how to pick that, or how to cook this, or what does that taste like, the produce manager has to provide the answers.

"So not only do produce managers have to order product, cull through the department for 'off condition' product everyday and merchandise their departments everyday, but they also have to have some cooking knowledge, grower knowledge, and product knowledge," he says. "No one goes up to the grocery clerk and asks 'how do you pick a ripe can of pears?' or 'how is the chicken noodle soup eating this time of year?' The role of a Produce Manager is a job with many facets, and many rewards."

Big Y Foods has been another one of the retailers deeply involved with the United Fresh Retail Produce Managers Award Program going on seven years, now. As Kevin Barry, Director of Produce and Floral says, it is a tremendous program that recognizes the importance of Produce Managers who deal directly with the end customer. Their execution at store level is essential in maintaining a strong produce industry. 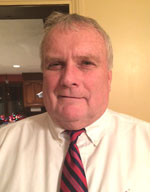 “The program offers the winners the opportunity to travel to the United Fresh Convention not only to be recognized by the industry for setting the standards of excellence in their stores but it allows them to interact with members of the industry on many different levels,” Kevin shares. “Having won the award, the story of the Produce Manager and their accomplishments, are featured in one of our weekly ads. This allows our customers to view that the Produce Managers at Big Y are some of the best in the industry. It also inspires other produce managers to raise the bar in their own departments.”

As Kevin adds, the process of selecting a manager for Big Y involves Directors in both the operations division and sales division. The Produce Director and District Directors submit the names of the Produce Managers in their areas that they feel are deserving of this award. After much discussion, a selection is made and the nomination papers are submitted.

Alfonso Cano, Director of Produce, Northgate Gonzalez, LLC understands and promotes the role of the Produce Manager and how they play such an essential role without all the praise–but praise which they definitely do deserve. 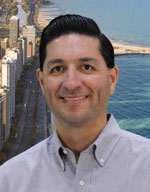 “Produce Managers are the most essential piece of our companies fresh strategy. Buyers, merchandisers, and operators may get all the attention from the outside, but in the inside our Produce Managers execute and sell, daily,” Alfonso says. “We are behind the scenes while the Produce Manager connects and influences the real end-user and the other associates on the sales floor. This award brings positive energy while creating healthy competition within the companies produce managers. We look forward to competing every year and rewarding a deserving produce manager, if chosen.”

It is not too late to get your nominations into United Fresh!  January 6th, 2017 is right around the corner, so click here and share your Produce Manager’s success with the industry today.