SOUTH AFRICA - Who can resist a citrus campaign that plays on songs by The Beatles? Consumers of Summer Citrus from South Africa’s (SCSA) supply certainly could not, as the company’s ‘Here Comes the Sun’ promotion received high engagement and impression numbers, earned participation with several national influencers, and saw an increase in the brand’s Instagram followers. The company’s 21st consecutive citrus season was headlined by the successful consumer promotion to elevate South African fruit during peak season. 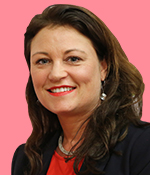 “During the summer months, demand for citrus is usually high, and this year we’re experiencing an all-time peak of consumption! With the promotion, our goal was to inform shoppers about the superior sweet flavor and quality of our South African fruit, but also present ways to use the product effectively during these unprecedented times,” said CEO Suhanra Conradie. “Our summer promotion came at an interesting time in history when people are looking for extra ways to indulge in sweet, comforting treats while boosting their immune health. We were pleased to be able to engage with our followers and attract new shoppers during this time and offer positive and encouraging messaging throughout the summer months.”

Through the eight week promotion, SCSA offered consumers chances to win kitchen-inspired prizes and highlighted new recipe inspiration featuring the sweet summer citrus to capitalize on increased consumer social media usage and demand for citrus during the pandemic, according to a press release.

Our final #HereComesTheSun #giveaway is this week! Don't miss out! Enter now for a chance to WIN a $40 @Target #GiftCard for your summer essentials! Here are the rules: 1. Like this post & follow us 2. Tag a friend who loves new kitchen items! 3. To DOUBLE your chances to win, simply fill out a short form at the link in our bio! Good luck!

To further elevate the promotion, SCSA utilized influencers to garner user generated content and earned over 5 million social media impressions. The influencer partners curated recipes and photos that not only showcased the SCSA brand but also real world applications using the product. As a result, the influencers received multiple messages from other consumers via Instagram inquiring about the brand and possible partnerships, further proving the promotion’s success and value.

Shoppers are still seeking citrus fruit to help them keep strong immune systems this summer, and to prepare for the upcoming fall and winter months. There are three months left of the SCSA season, so contact an importer today to place an order. The team at SCSA is committed to implementing an ongoing marketing program to keep shoppers engaged throughout the rest of the crop and encourage them to ask for citrus from South Africa when shopping at their local market.

Excuse me while I put on the Abbey Road record! For more unique ways that fresh produce leaders are engaging with consumers, keep checking in with us at ANUK.