YAKIMA, WA - This time of year is a double-whammy for consumers as they get to enjoy the delicious flavors of not only their favorite apple varieties, but the juicy taste of their favorite pears as well. To help boost retailers’ sales across these key categories, Superfresh Growers® has released its January apple and pear data to provide pivotal insights into the year ahead. 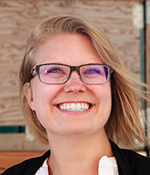 “We are feeling optimistic about 2021,” explained Catherine Gipe-Stewart, Communications Manager. “Many Americans are still home cooking and using apples and pears as a key staple produce item. With great shelf-life, durability, and delicious flavors, we are set well to continue seeing growth in this coming year. It’s exciting to see our pride and joy of Autumn Glory® and Cosmic Crisp® do well, maintaining a national presence and being asked for by name. We feel proud that we can bring delicious and unique flavors to the kitchen table.”

January proved to be a fruitful (no pun intended) month for apple and pear sales, which is continuing the trend seen throughout much of 2020. According to Superfresh’s report, which was put together from Nielsen data ending January 23, 2021, organics was the category to watch as organic pear sales were up by a whopping 34 percent in dollars and 38 percent in volume, and represented 14 percent of total pear sales and 11 percent of volume. Meanwhile, organic apples represented an impressive 16 percent of total apple sales and 12 percent of volume.

To help drive sales and catch consumer eyes in the produce aisles, Superfresh Organics® introduced its new purple packaging. The colorful new displays are available for both its pears and apples and are sure to turn some heads. 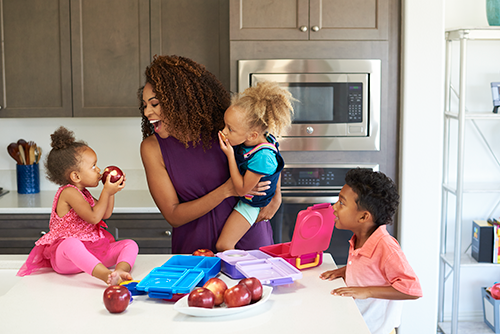 For the crop year to date, organic apple sales were up 10 percent, with pounds up four percent and an average retail price of $2.26 per pound.

The Cosmic Crisp apple is enjoying a solid year of sales, having made its way to the #11 apple ranking spot with 46 percent YoY dollar growth and 71 percent volume growth. Superfresh is predicting that it will remain a top apple for the rest of 2021, and is anticipating it to further climb the charts.

In addition to Cosmic Crisp, Superfresh’s proprietary varieties have also helped build on its dollar growth. The grower’s exclusive Autumn Glory® apple put on the performance of a lifetime and saw an increase of 47 percent in dollars and 105 percent in YoY volume. 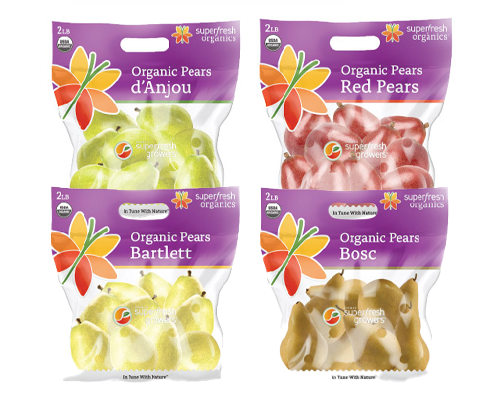 Likewise, the pear category witnessed a 14 percent increase in dollars and five percent in volume YoY. The average price was up eight percent to $1.64 per pound. Bartlett pears dominated both sales at $18 million and volume at 12 million lbs. They represented 41 percent of dollars and 44 percent of volume share. Average retail was $1.53 per pound, up by 12 percent. Anjou was second in dollars at $11 million and volume at seven million lbs. Average retail was $1.63 per pound. Red Pears performed well due to heavy promotions, increasing seven percent in dollar sales YoY. 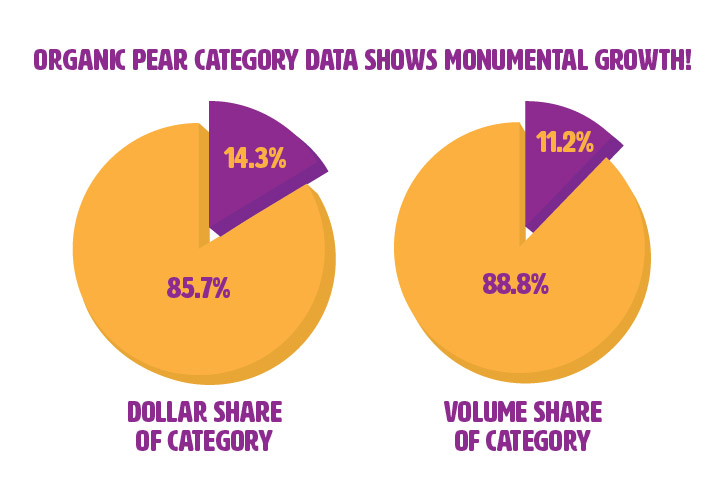 Bulk pear sales were 80 percent of dollars and 78 percent of volume. Bartlett pears were the most heavily promoted, with 20 percent being sold on promo.

Stick with AndNowUKnow as we continue to bring you the latest market information from around the produce industry.