CALIFORNIA - Last year’s Mendocino Complex wildfires destroyed 459,123 acres of land, leaving Californians devastated and anxious about the next wildfire that could be waiting just around the bend. To address these concerns and safeguard against future destruction, California Governor Gavin Newsom has proposed creating a fund of up to $21 billion to offer compensation to wildfire victims, according to Reuters.

The fund is set to be created in conjunction with utilities companies, as a response to last year’s wildfire—the deadliest in the state’s history, which has been blamed on PG&E Corp. The utility company has since filed for bankruptcy following an anticipated $30 billion in liabilities, the news source reports. The proposed fund will be applied to situations in which a utility company is at fault for a wildfire due to a downed power line, for example. Half of the fund would be provided by a surcharge on electricity bills, while the other half would come from a new utility-funded insurance policy. 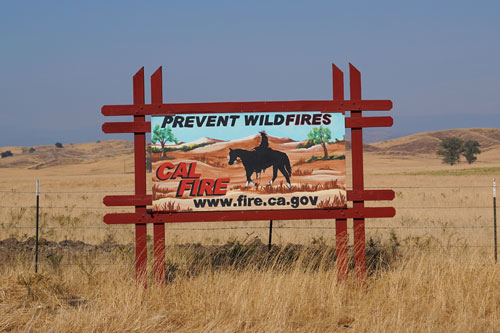 According to Reuters, to qualify for aid from the fund, utilities companies are required to spend $3 billion on wildfire safety measures. For companies that decline to join the fund, the state will create a $10.5 billion liquidity fund, supported by the extension of the electricity surcharge. The fund is intended to provide speedy compensation to wildfire victims—compensation that otherwise could take years to be distributed.

While many growing operations were able to avoid the recent fires, there are many people who have felt the effect personally or professionally. For anyone in our industry that has been affected by the CA wildfires or known someone who has, our hearts go out to you.

Will lawmakers and utilities companies move forward on the proposed fund, and will this fund prove enough to ameliorate the damage caused by whatever fires the future may hold? AndNowUKnow will report.