Costco Sees an Unexpected Boost Due to Lower Oil Prices

ISSAQUAH, WA - Costco Wholesale, the second-largest retailer in the nation, reported a stronger financial report in its second quarter than even the company anticipated. 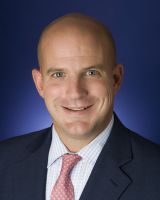 “Costco delivered one of its strongest quarters in recent memory,” Charles Grom, Senior Research Analyst for Sterne Agee, said, according to a Wall Street Journal report. “The company’s per-share earnings beat analyst expectation by the largest amount in at least 13 years.”

The retailer saw a 29% rise in overall earnings when the month was out. While the company’s news release and the WSJ both credit much of this profitable boost to the extreme decline in oil prices the nation has been enjoying, the company also credits a particular tax benefit from a special cash dividend of $5 in February, providing a tax benefit of $57 million.

Other notable figures from the quarterly report included:

The lower prices at the gas pump, however, are a considerable factor considering the quantity of customers the company likely got after posting the low cost, as well as the leftover spending money they would have had to spend either at the food court or inside the warehouse.

On top of strong numbers, Costco also announced the anticipated replacements for its decision to phase American Express out of the plastic that can be swiped at its registers. According to the WSJ, both Citigroup Inc. and Visa Inc. won the contract to be accepted at wholesale stores and warehouses.

Stay tuned to AndNowUKnow for the latest coverage on this retailer's future operations.