YUMA, AZ - Yuma produce providers and those who rely on them have been closely keeping eyes on their thermometers over the last few weeks. In a number of posts by FreshPoint, including on Twitter, the produce distributor noted several categories—including lettuce, broccoli, cauliflower, green onions, asparagus, and sugar snap peas—have been affected by freezing temperatures, and as a result, markets are expected to be active for the next week or two. The freezes are coupled with an increased demand for produce due to those ‘new year, new you’ resolutions and healthy back to school shopping, so many producers are saying the industry can expect tight markets out of the Yuma region. 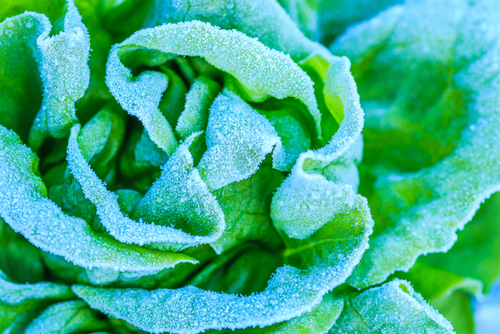 Speaking with one producer that grows in Yuma, Arizona, I learned that a freeze over the holiday season made for delays in harvest, which in turn caused delays for several trucks who were waiting for harvested crops to roll in. In addition, the producer shared that the freeze compromised lettuce quality, creating epidermal peel and blister that harvesters must peel before it can be shipped. This causes a decrease in pounds per acre, which typically equates to higher markets and pricing.

Jason Lathos, Manager of Commodities for Church Brothers Farms, confirms that unexpected weather will make for active markets for crops out of Yuma. 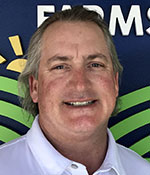 “We have had a little more rain than expected. It has rained twice in the last two weeks and the forecast is for possible rain this weekend,” Jason says. “So far, Yuma has seen a lot of weather and labor issues. The forecast for the next couple of weeks is for active markets. Especially with the schools starting back again. Demand will be up and supplies will be down.”

In talking to Doug Classen, VP of Sales for the Nunes Company, I learned that much of Yuma has been covered in ice. For five days last week, ice that lasted up to 12:30 PM daily covered all categories.

“There were harvest delays across all crops last week that minimized the supply we were able to get from the field. Harvest times are back to normal this week,” Doug notes. “The cold weather has also slowed the growth of many crops. We have seen market increases across all commodities this week and expect volatility in the marketplace over the coming month.”

Another grower with product growing in Yuma shares that the freeze has indeed caused issues at their farms. Iceberg, leaf, and romaine lettuce have all shown signs of freeze damage, and broccoli and cauliflower growth has slowed down due to the cold temperatures.

AndNowUKnow will keep monitoring the markets as supply and demand continue to fluctuate and Mother Nature takes her toll. Stay tuned for the latest.