NEW YORK, NY - As the grocery retail sector heats up, reputation is everything, and sometimes a tarnished reputation can make a company reevaluate its place in the market. New York-based grocery delivery service FreshDirect recently hit a setback after a failed move for expansion, leading it to consider buyers to keep its operations afloat.

For some time now, FreshDirect has held a prominent position in New York City’s grocery delivery space, prompting it to expand to a massive new facility in the Bronx. However, following the move, service glitches multiplied, according to The New York Post, and the company’s customer base has been significantly impacted, even prompting an apology email.

Though in the past, FreshDirect turned down acquisition offers from leading retailers—in 2010 Amazon and Walmart offered $2.3 and $2.6 billion, respectively—the company’s largest investor, JPMorgan, has begun the search for a buyer, the news source reports. 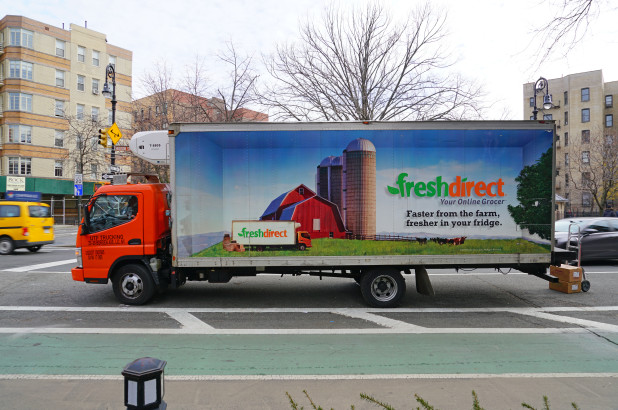 As FreshDirect continues to struggle—the company reportedly downsized about one-third of its staff, and has begun consolidating services—potential buyers are keeping a close eye on the company. A former FreshDirect executive claimed that both Walmart and Amazon continue to show interest, but are likely waiting for the company’s valuation to fall further before making a move, according to The New York Post.

With FreshDirect seemingly up for grabs, Walmart and Amazon are poised to acquire not just the company, but a significant chunk of the lucrative New York City market as well.

Will FreshDirect follow through with a sale? And which mega retailer will win out? AndNowUKnow will continue to report.