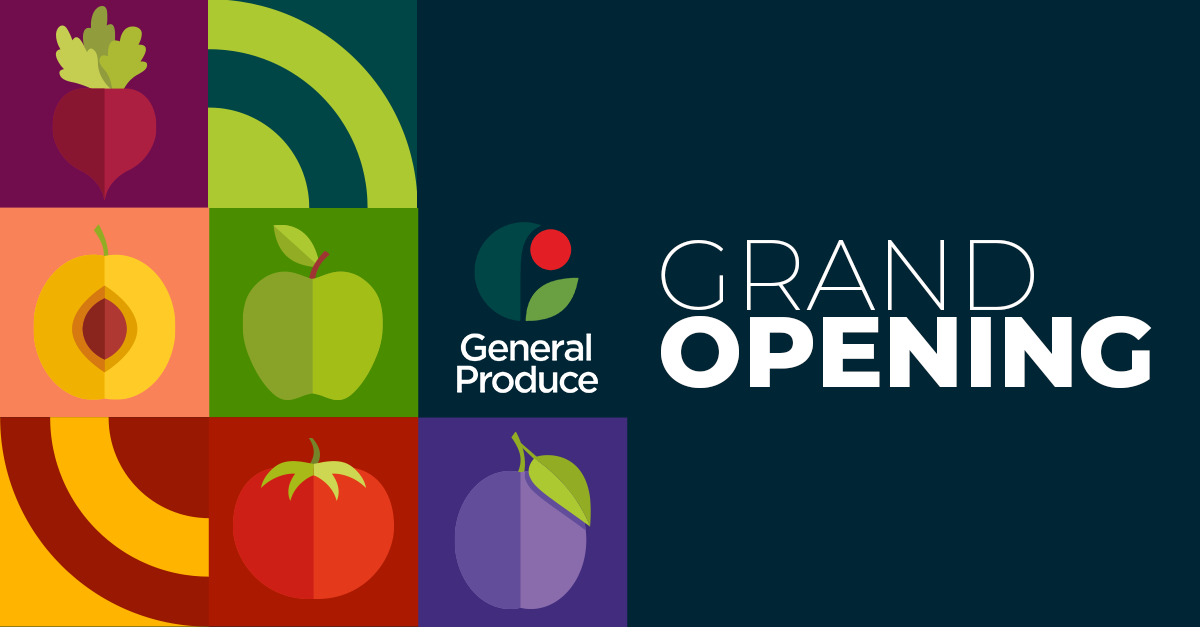 SACRAMENTO, CA - A new state-of-the-art produce warehouse has popped up right in AndNowUKnow’s backyard. Having begun construction on its Sacramento, California, facility back in 2020, General Produce invited hundreds of guests to celebrate its official grand opening on Wednesday, March 30, and I got to see it first-hand. 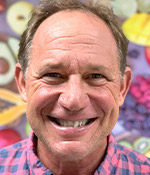 “This new warehouse is going to give us ample new space,” Jeff Sacchini, Chief Executive Officer, told me. “Our former facility restricted our ability to grow and expand. We are now not only afforded more square footage, but increased frozen and dry goods capacity, state-of-the-art food safety controls, and the confidence to meet the growing needs of both foodservice and retail sectors.”

Built in partnership with Buzz Oates, the brand-new warehouse sits on a nine-acre site at Sacramento’s rapidly developing Metro Air Park and totals 106,000 square feet. As Sacramento’s second-largest food exporter, the facility was constructed to hold approximately 11,000 pallets and currently is home to over 3,000 SKUs, made up primarily of fruits and vegetables. 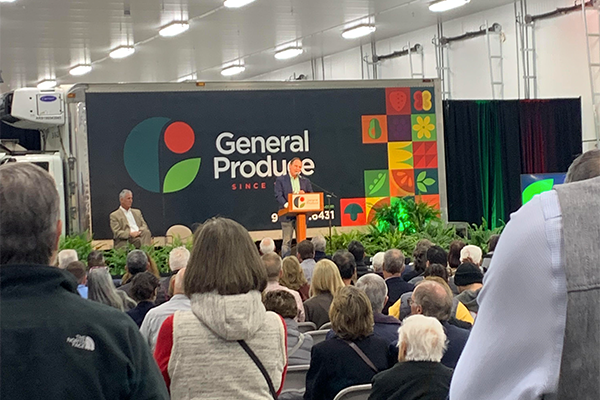 Taking my own private guided tour of the warehouse, I got an up-close look at General Produce’s cutting-edge banana and avocado ripening rooms featuring adjustable temperature and airflow controls for optimal conditions. To meet the needs of other perishable item storage, the facility also boasts five temperature zones.

Adding to its innovative prowess, General Produce has installed forklift charging stations throughout the warehouse to increase efficiency and safety, uses an advanced Warehouse Management System, and has implemented artificial intelligence in its accounts payable process. In the future, Jeff shared that the company will continue to invest heavily in technology to place the company ahead of the curve in the industry. 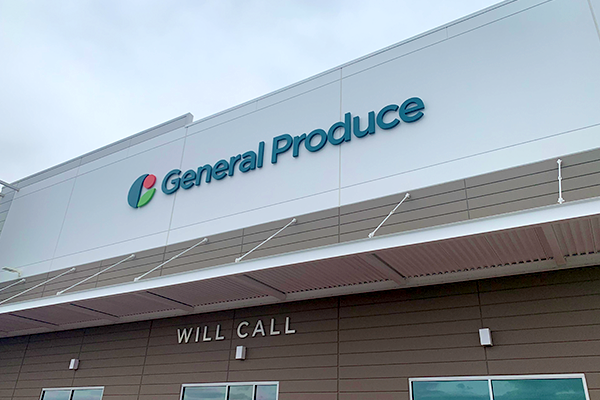 The warehouse officially became operational Sunday, March 27, 2022, and the Grand Opening allowed the community to see it in action. Sponsored by produce names including Tanimura & Antle, Classic Fruit Company, and more, the event featured a plethora of delicious food and drinks, opportunities to catch up, and the chance to hear from the company’s leadership, including several members of the Chan family, which started General Produce almost 90 years ago.

Congratulations to General Produce on this beautiful new operation!

Gen­eral Pro­duce is a third gen­er­a­tion, locally owned and oper­ated fresh pro­duce com­pany. We dis­trib­ute and...