USA - If America’s present-day economy were on a Monopoly Game revamp, grocery would be the new Boardwalk.

To quote an excerpt from the just-released Retailing in United States of America (USA) - Market Shares, Summary and Forecasts to 2025 (RUSA) report, “Food and Grocery is the dominating sector with USD 1,446.9B [...] Hypermarkets, Supermarkets, and hard discounters is the leading channel, but vending machines are expected to see the maximum growth during the forecast period, registering a CAGR of 24.1 percent between 2020-2025 to reach USD 9.8B.”

This comes after the National Retail Federation (NRF) revised its annual forecast for 2021, anticipating that sales for retail as a whole will see between 10.5 and 13.5 percent growth, shooting up to $4.44 trillion this year. Though this did not single out grocery numbers individually, it did encompass the category in its halo of these numbers. And with the latest from the RUSA report, and what we have seen firsthand in the industry, grocery is not an insignificant contributor. 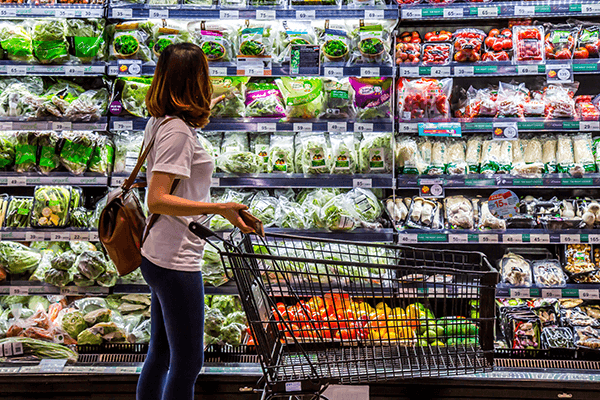 A direct beneficiary of the grocery surge can be measured in the delivery boom that has been seen riding its coattails in what a recent Pitchbook article called a “Wild West” of grocery startups. According to the report, a host of rapid grocery delivery companies have secured mega-rounds of $100 million or more.

A more intentional benefit could be found in Walmart’s having announced this past spring its intent to invest $350 billion in U.S. manufacturing over the next 10 years, naming food processing among its priority categories. Likewise, sustainability and workforce investments have also emerged as grocers strategize how to continue this trajectory beyond the bottom line.

What other possible aftershocks might be felt from such an economic quake?

To read the summary and 2025 forecasts, which include the overall scope of the retail industry in the U.S., the state of the nation and of retail including food and grocery, and covers Amazon, Whole Foods, Walmart, Sam’s Club, Kroger, Publix, Costco, Dollar General, Safeway, and Food Lion, among others, click here.