UNITED STATES – With the start of 2017’s clock, comes not only new resolutions but new top spot-holders for the year’s prospective lists and accomplishments. Notable company reviewier Glassdoor has named the top places to work for in 2017, with fresh produce providers H-E-B, Costco, Wegmans, and Trader Joe’s included.

In its latest Employees Choice list, highly peppered with large tech companies, what about these retailers made them a top choice for employees across the board? The retailers have distinguished themselves with their company cultures, establishing innovative methods of drawing and keeping their employees–thus, providing better return for their customers.

“Our store leaders run their business the way they know best, and each store and each department in each store is always looking to improve and evolve how we do things,” stated H-E-B President and COO Craig Boyan to Harvard Business Review. “The key is pushing decision-making to those who know best–partners in our stores–and having great leaders and partners to be constantly learning and working to evolve our business.”

Boyan stated that H-E-B, number 27 on the list for its fourth consecutive year included, aims to set the bar high for its employees, and consistently push them to do better. H-E-B also calls its employees “partners,” as all members of H-E-B are invested in the company’s betterment. The company grants its partners raises, and then challenges them to earn them by establishing new innovative ideas for the company. H-E-B puts emphasis on team and store success, rather than individual.

Costco aims to hire the right individual people off the bat, with the correct training to launch them even further. The company, number 34 on the list for its sixth consecutive year, stated that this strategy secures better productivity, and keeps all Costco employees looking for new ways to keep customers satisfied. 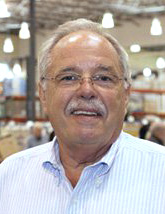 According to Costco Founder Jim Sinegal, retail is fundamentally a people business. He stated that there are two pillars to Costco’s culture; to set the highest standards for its employees, and to encourage employees to take ownership of their work.

The Harvard Business Review reported that Trader Joe’s has also pinpointed employee empowerment as a recipe for company success. Trader Joe’s was named as 33 on 2017’s list, for its fourth appearance on the annual report. 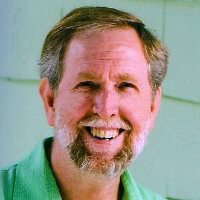 Trader Joe’s Former President Doug Rauch stated that emphasizing employee voices is paramount to keeping them engaged with the company.

Its inclusion on Glassdoor’s 2017 List of Best Places to Work as number 50, will make for just the latest in a list of Wegmans accomplishments touting the retailers workplace culture and retail prowess.

As retailers continue to hone strategies for employee success, and translate those wins to the floor, count on AndNowUKnow for more in yearly appointments.