EDINBURG, TX - Sometimes, the best intentions have the most hilarious outcomes. For instance, when Little Bear Produce's Bret Erickson, Senior Director of Business Affairs, and James Bassetti, Chief Operating Officer, decided to make a video highlighting Bret’s Clean Eating Challenge journey, they intended to make a recipe. Turns out, the two of them couldn’t stop cracking jokes long enough to get around to that part.

Bret is a featured participant in the Clean Eating Challenge, which is sponsored by Viva Fresh. Starting on October 1 and culminating on March 27, the challenge encompasses forty participants, 12 of which are featured. The point of the challenge is to eat more fruits and vegetables as each participant makes their own journey to better health, whether that means losing weight, managing a preexisting condition, or—in Bret’s case—having a barrelful of laughs. 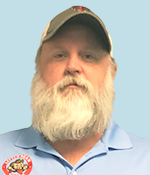 “James is definitely my little brother, no doubt about it,” Bret said to me, offering me a bit of background on how some of the hijinks in the video came to be. “We have an incredible relationship that I don’t think comes around very often. Our personalities have always clicked; we are different in some ways, but very similar in all the ways that count the most. I will be the first to admit that I can be a lot to handle sometimes—just ask my wife! I have to give James credit though, he has been very patient putting up with me as his mentee.”

James was reminded of this mentorship several times throughout the video—which turned into a bloopers reel—as the two ribbed each other over whether or not he was fit for the job. 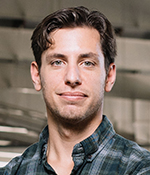 “Produce is a tough business. It’s high stakes, fast-paced, and high pressure,” James commented. “We work hard, but we can also have fun while doing it; just like food is our medicine, laughter is also a great medicine and a wonderful mood booster when times are tough. It’s great to work with someone who gets that.”

It’s difficult not to laugh at the antics throughout the video, shown below, which ranges from hassling the director to a ticker counter keeping track of Bret introducing himself.

“When we set out to make the video, the intention was to take a stab at doing something genuine. Our Purchasing Director, Bruce Densten, has some experience with video and audio production so he took over putting the ‘real’ video together. At the same time, one of our young Sales Assistants really wanted to film what was happening behind the scenes knowing there are usually some kind of fireworks,” Bret explained. “He had this whole idea on how to edit it and it definitely made us laugh pretty hard after we saw the final version, so we thought, ‘What the heck, let’s share the real video and the behind-the-scenes video and see if we get some laughs.’ If nothing else, some of our peers might get to see a side of us that they don’t always see. We are real people here, and we thought it would be cool to share a piece of ourselves that was somewhat unfiltered.”

Take it from me, it’s next to impossible to watch the video without laughing. I may have even snorted, but I’ll deny it if you try and bring it up at the next trade show.

“I think healthy eating is really important at every age, and Bret and I have been trying new recipes and having fun while we do it. Eating fruits and vegetables doesn’t have to be boring! Now if someone wants to give me some help getting Bret to be more disciplined in his diet, I’m all ears. That guy marches to the beat of his own drum,” James noted.

That march made for a pretty memorable video, so we don’t have room to complain!

To watch Bret and James actually cooking in the kitchen, click here.

For more on how the industry is seeking out positivity and laughs, be sure to read us here at AndNowUKnow.