TAMPA, FL - Hitting the books with its new store location at University of South Florida’s campus is Publix Super Markets. The store’s concept will be much like the company’s second downtown St. Petersburg location, and it will be 28,000-square-feet at Fletcher Avenue and USF Palm Drive. The store is currently under construction, after the company announced the onset of the project in 2016; the opening date, however, has not been determined. 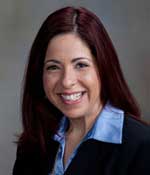 “We’re excited to bring a Publix to the campus at USF where students can live, work, play, and eat,” Maria Brous, Director of Media and Community Relations, said in a statement, according to Tampa Bay Business Journal. “Conveniently located next to USF residence halls, the short walk, or bike ride will offer plenty of fresh grab-and-go options, including our world-famous Publix subs, deli teas, decadent desserts, and sushi.”

The company’s new downtown St. Petersburg store will make ordering subs and salads easier than ever with its newly re-designed deli ordering station. The USF store, though, will take on the company’s smaller-format prototype.

The company is looking to move into more urban neighborhoods in the Carolinas and the D.C. metro area, which are seen as prime real estate areas.

Prepared foods have been one of the focus for two of Publix’s recently unveiled, smaller formatted stores to allure grab-and-go customers. Beyond these store formats, the company will be focusing on prepared foods moving forward, especially when faced with Wegmans Food Markets in Virginia and North Carolina.

How will the focus on prepared foods for Publix’s new campus location assist in the company’s sales growth as it moves into new regions? AndNowUKnow will keep you updated with the latest!