BENTONVILLE, AR - Walmart seems to be making stronger efforts than ever to change its image of being a less-than-friendly employer. The retailer is introducing a new program that will see employees’ wages advance at a faster pace and in tandem, Walmart hopes, improve in-store service.

As part of this new program, Walmart is shortening the amount of time in training required to get to an hourly wage of $10 from six months to three, the Wall Street Journal reports. WSJ’s article put Walmart's average salary at around $13.69 per hour for a full-time employee, coming in at about $25,000 a year. The hope for the new program, Fortune suggests, is to lower employee turnover, thereby improving customer service in the long-term. 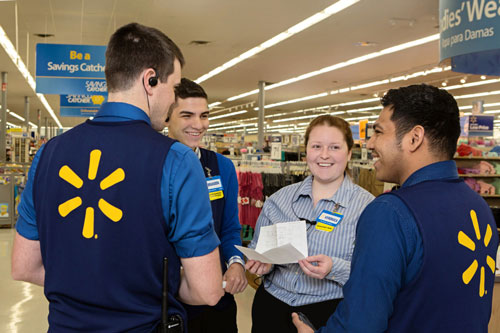 This announcement comes after Walmart’s big reveal in 2015 that it was raising wages to at least $9 per hour as part of a $2.7 billion incentive program. The move affected approximately 500,000 of the at the retailer’s 5,000 stores and clubs.

“The business plan is starting to work," Walmart’s Director of National Media Relations, Kory Lundberg, told CNN Money about the incentive program last year. "Customers are starting to notice a difference when they come into the stores to do shopping.”

Walmart has credited its past eight straight quarters of U.S. comparable sales growth in November to “more engaged workers,”  Fortune reports, citing that on average, employee turnover in retail is about 60 percent.

For more on how this investment into employee training will continue to affect Walmart’s financial performance in 2017, stay tuned to AndNowUKnow.