According to a report by the Akron Beacon Journal, the new expansion was announced by the retailer this Monday. The Ohio Tax Credit Authority simultaneously announced that it had approved a six year, 1.014 percent job creation tax credit for the project. And Crain’s Cleveland Business noted that the tax credit has an estimated value of $110,000, provided job-creation and payroll targets are met.

“As Aldi continues to grow, we’re excited to expand employment opportunities at our Hinckley distribution center, and we’re proud to be an employer of choice in the state of Ohio and across the U.S.,” said Corey Stucker, Hinckley Division Vice President for Aldi, according to the Beacon Journal. “We’re committed to job growth across the country and look forward to continuing to serve our local Ohio communities in the years to come.” 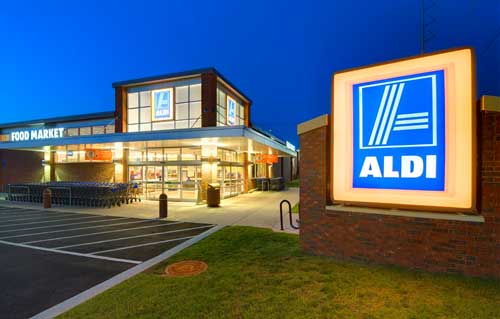 In total, the expanded facility is expected to employ 246 full-time equivalent workers within the next three years. The project is expected to generate $2 million in new annual payroll.

How will Aldi’s expanded distribution capability play out in the increasingly competitive Midwest grocery market? AndNowUKnow will continue to report.