WOODLAND, CA - Our industry is once again facing the challenges of an E. coli outbreak, and though things are difficult right now, there are industry members who work tirelessly to ensure that these outbreaks are few and far between.

The Center for Produce Safety (CPS) recently released an interview with Chuck Gerba, Ph.D and microbiology professor at the University of Arizona. For the past 25 years, Gerba and fellow researchers have studied E. coli and Salmonella found in strong sediment throughout the Southwestern U.S. river systems, and the team has developed a fairly good picture of the related food safety risks. However, the researchers have yet to determine whether E. coli, Listeria monocytogenes, and two enteric viruses behave similarly in canal sediment and pose similar risks for resuspension in canal surface water. 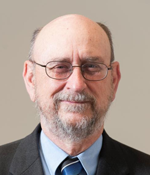 “Artificial channels are a lot different, we believe because operators control the flow of water,” said Gerba. “How are these canals different from riverine systems, and could they be managed differently? Do we find more organisms in the sediment than in the surface waters? Are they a risk and do they create problems? We're still sorting that out.”

Gerba and his team of researchers are seeking to gain a better understanding of the relationship among canal sediments, pathogens, and water flow properties through the research project, titled, “Development of a model to predict the impact of sediments on microbial irrigation water quality.”

Even if sampling were to find pathogens in canal sediment, the question still remains, how do environmental events, such as canal flows, affect population dynamics and pathogen resuspension in surface water?

“It's a big puzzle, and we're trying to find one aspect that plays a role in this or to rule it out,” Gerba commented in a press release.

The goal of the project is to establish a baseline data and ultimately, an integrated model to help growers determine potential risks tied to canal irrigation water.

Jennifer Duan, Ph.D, a professor at the University of Arizona Civil Engineering and Engineering Mechanics Department and holds a joint appointment in the Hydrology and Atmospheric Sciences Department, is joining Gerba as a co-principal investigator.

According to Gerba, irrigated agriculture in the Southwest generates unique ecological challenges because canals or ditches service nearly all fields. Decades ago, the desert Southwest was home to cotton or other field crop cultivation that was not directly consumed by humans, so the pathogens potentially found in irrigation water or sediment were not of the greatest importance. However, as the Southwest has grown into a center of winter produce production, potential risks posed by microorganisms have become a crucial topic.

Not much research has been conducted on canal sediments, and the research that does exist is generally limited to two sediment types, one enteric bacterium, and one virus, according to Gerba. His project will take a broader, more comprehensive approach and involves several sediment types, including sand, silt, and clay; two bacterial pathogens; and two enteric viruses. The project will also examine how nutrient loads, and particularly nitrogen levels, may affect pathogen populations and/or resuspension.

Part of the project involves laboratory experiments using a hydraulic flume that compare the effects of flow rate, velocity, and sediment type on the resuspension of sediment-bound pathogens in overlaying water. It is here that Duan’s expertise in hydraulics and sediment transport will play a major role. The results will be incorporated into a model, which may be able to predict the risk of potential pathogen reservoirs developing under specific conditions. 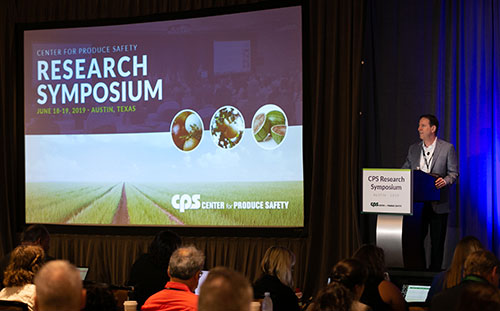 In the Southwest desert, planting of produce commences in late summer, with harvest starting before Thanksgiving. The season typically runs through May, depending on the weather. Although the researchers collect field measurements from canals and ditches throughout the year, they increase sampling during the production season. Among the measurements taken are flow velocity, flow depth, water temperature, suspended sediment concentration, bacterial counts in water, and bacterial counts in the bed sediment. The results from both experiments and canal sampling will be incorporated into a predictive tool. Gerba envisions growers entering a range of environmental variables, including weather, water sampling results, and canal flow, and the model would provide a type of risk assessment. However, identifying a pathogen risk, if there is one, is just one part of the project.

“It makes no sense to me to find a problem without finding a solution,” he said. “If it's an issue, then we'll figure out how to manage it.”

Gerba hopes the research results could potentially be incorporated into guidelines that producers could use to minimize the occurrence of pathogenic bacteria and viruses in irrigation water.

AndNowUKnow will continue to update you on the developments in food safety that arise in our industry.