NEW YORK, NY - National Cucumber Day, June 14th, is upon us produce fans, and if you work for a company that provides the refreshing produce-item, I would bet you this gin-soaked festival will be right up your alley.

Hendrick's Gin, a cucumber-infused spirit itself, has declared it will be initiating a “whimsical-takeover” of both National Cucumber Day and the entire “cucumber celebration season.” For 44 days, beginning May 2nd, 2016, "All individuals prone to wonder, curiosity, and atypical acts of garnishment are advised to keep an eye on [Hendrick’s],” explained the company’s National Ambassador, Jim Ryan in a statement.

What is it like to pass through life ill-construed and misclassified? Ask the humble cucumber. Oft considered a vegetable, the cucumber is unequivocally a fruit. The fact that it bears seeds makes it so. Now that you know, immediately go to a cocktail party and tell everyone. Or simply pass along this public service video.

"The era of people thinking of the cucumber as an innocuous salad ingredient has ended," declared Ryan. "More than the core infusion of our liquid, the cucumber is central to our worldview as a most unusual gin."

So how exactly does Hendrick’s expect to take the cucumber from innocuous to “Most Unusual?” Well, one way to start is with 130-foot, “lighter-than-air miracle” known only as “The Flying Cucumber.” The Flying Cucumber is a massive dirigible airship, shaped, of course, just like the familiar produce item, which will be traveling from one coast of the U.S. to the next. 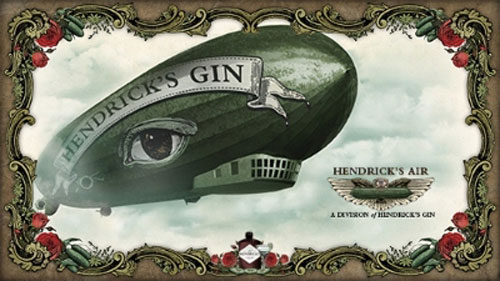 The Cucumber Festival of Wonder in New York City

Enter to win a trip to the Festival along with other cucumber-themed prizes by posting a photograph of the “Unusual” on Instagram and Twitter with  #CucumberDayContest and #MostUnusual.

The gin-maker has designed its own line of customizable greeting cards that can be shared throughout the cucumber season. Design your card here.

For all cucumber inquiries, Hendrick's Gin has established a round-the-clock Cucumber Day hotline.