SAN FRANCISCO, CA - Beauty pageant-worthy fruits and veg may look pretty on camera, but does that really matter to consumers when it comes time for them to eat them? When I pick up an apple, for instance, I don’t care if it’s bumpy, lumpy, or funky looking, as long as it’s sweet and crunchy when I bite into it. And I’m not alone in this sentiment—as consumers become more aware of the food waste plaguing our industry, they become more interested in finding alternatives. There’s a market out there for aesthetically-challenged, but otherwise great, produce, and Imperfect Produce has stepped in to fill that market space. 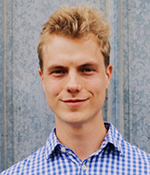 “We’re proud that this year, we are on track to recover almost 50 million pounds of food. We started this company with an ambitious goal—to lead the charge in building a better food system,” Reilly Brock, Content Manager, told me. “We take the excess produce from farmers and producers and ship it directly to the consumer’s door. To that end, the products will often look wonky or a bit less aesthetically-pleasing than those on display at the grocery store, but still hold just as much value nutritionally and functionally.”

Imperfect Produce is tackling the issue of food waste head-on. Currently, the company’s fully customizable produce boxes start at a reasonable $12, with four box sizes available to cater to its consumers’ different produce needs, along with a special discounted box for customers receiving SNAP benefits. Though the prices vary based on organic and conventional produce, the company is still able to deliver fruits and veg for approximately 30 percent less than regular grocery prices. With its unconventional business model, Imperfect Produce is able to provide affordable produce that would otherwise be wasted, and consumers are fully on board. 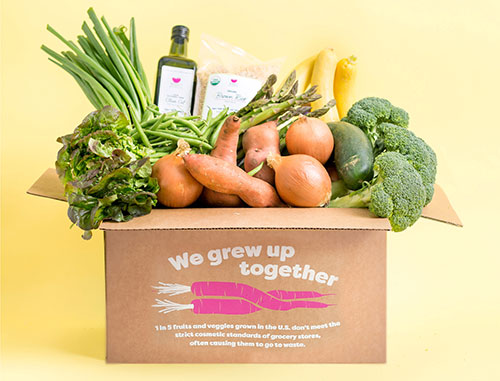 “We find that our mission resonates with folks who are interested in making sustainable lifestyle changes,” said Reilly. “Convenience is usually the biggest obstacle, so we’ve found that new markets are thrilled when they have a new option for continuing to feed their families while supporting a company making a dent in shifting our environmental impact.”

Last year, Imperfect Produce touched down in Maryland to kick off its bi-costal development, and is now operating in many East Coast markets, including Boston, Philadelphia, and parts of Connecticut, and New Jersey. The company currently distributes in 23 major markets across the country, but plans to expand to 40 markets before the year is up. 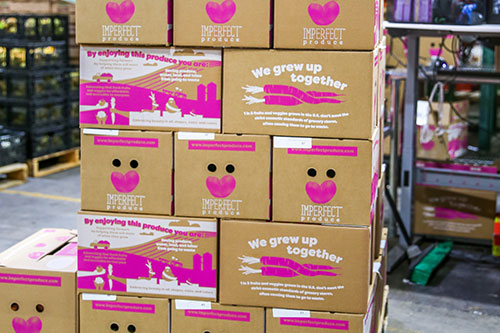 It is also taking steps to grow its product offerings, including a line of recovered shelf-stable goods to complement its produce. Customers can now pick from 50 to 60 produce items each week, along with almost 200 shelf-stable grocery items

Imperfect Produce is a company with a mission, and that mission is resonating particularly well with today’s consumers. And because food waste is an industry-wide issue, it behooves growers to work with companies like Imperfect Produce, who can find a home for the fruit and veg that would otherwise go unsold and uneaten.

“We’re committed to and passionate about two things: fighting food waste and supporting our people—regardless of whether they are our farmers, our customers, or our workers. We are proud to recognize the sacrifice and hard work it takes to commit to a lifestyle in fighting food waste by offering discounts for customers, a constant demand chain for our farmers, and living wage jobs with full benefits for our employees. At the end of the day, we know that this is a battle that requires all hands on deck,” Reilly concluded.