UNITED KINGDOM - In case you were wondering, the ANUK team has been running through the 916 with some serious plant-based woes. As more fast food chains began adding vegan options to their menus, we patiently waited for McDonald’s to announce its own claim to plant-based fame—but to no avail. It’s been a long time coming, and finally, one of the biggest names in fast food debuted a vegan option—and U.S.-based consumers still won’t have the pleasure of enjoying them!

This week, McDonald’s responded to the clamor for vegan options by launching a new Veggie Dippers meal in the United Kingdom. The new Dippers, which are vegan nuggets made from rice, red peppers, tomato pesto, and split peas and then fried in breadcrumbs, will be available starting January 2, 2020. According to a report from BBC News, the product will be fried separately from meat products—ensuring a fully vegan meal. 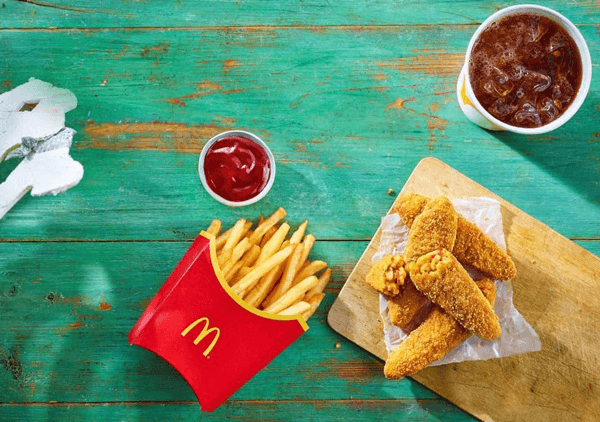 The move stems from increasing consumer demand in the United Kingdom for more vegan-friendly options at fast food chains. In the last 12 months, McDonald’s noted that it had seen an 80 percent uplift in consumers ordering vegetarian options.

Will this product cross the pond? We at AndNowUKnow certainly hope so! And where there is hope, there is life—so keep checking back with us for the latest plant-based updates.