FRESNO, CA - A new lawsuit has been filed by the San Luis & Delta-Mendota Water Authority and Westlands Water District, stating the U.S. government had failed to effectively examine the effects of existing measures before restricting water pumps at the bottom of the Sacramento-San Joaquin Delta.

Last Friday’s lawsuit, filed by the Water Authority, alleges that the U.S. Bureau of Reclamation failed to seek alternatives to cutting water supplies when adopting its operations plans for the Central Valley Project in 2008 and 2009. Those plans were based on biological opinions issued under the Endangered Species Act, according to the Porterville Recorder. 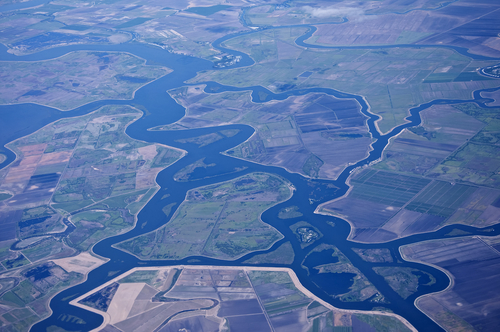 The lawsuit seeks to compel Reclamation to perform a new environmental analysis. If successful, this may ultimately result in new measures that will effect water usage and potentially millions of Californians in the Central Valley.

Jason Peltier, the Authority’s Executive Director, told the Sacramento Bee that in spite of the pumping restrictions, fish populations continue to decline sharply.

The Central Valley Project includes both the Shasta and Folsom lakes and a federal pumping station near Tracy, the Bee reports. Delta water is then channeled along canals to over 2 million acres of farmland in the western San Joaquin Valley, and to urban water districts in San Benito and Santa Clara counties.

Shane Hunt, a spokesman for U.S. Bureau of Reclamation, said the agency declined to comment on pending litigation.