SIERRA NEVADA - The Sierra snowpack is piling up, measuring in at anywhere from 120% to 130% of average capacity.

The California Department of Water Resources reports surplus in several locations, including:

Specific details of the measurements taken can be found in the chart below: 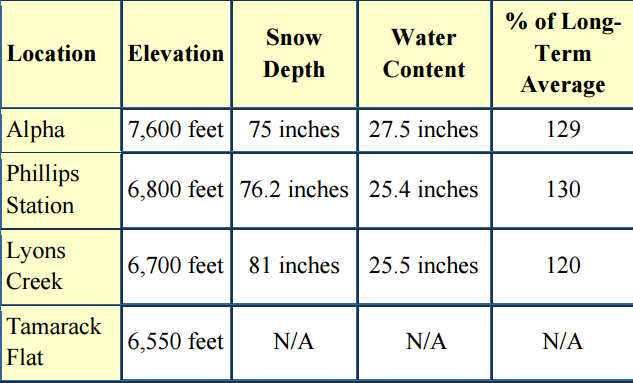 Though the water levels have vastly improved compared to previous years, DWR emphasized that California is not out of the woods. While the three regions that are continuously measured came in at 123% of historical averages through the season (October 1st to January 31st), the majority of the major reservoirs in the state continue to come in lower than historical averages for this point in the year.

Snowpack, experts say, is what is needed to help bring California out of its record drought. The more water content building those levels, the more snowmelt will run off and feed into the demands for water in the drier seasons of summer and fall. 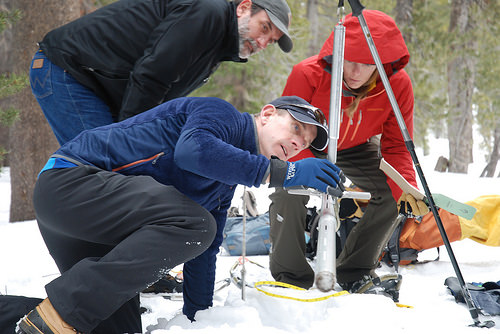 California was first declared in a state of emergency for water in January of 2014, when Governor Edmund G. Brown Jr. directed state officials to take necessary precautions for water shortages, followed by a statewide mandate to reduce water in April of 2015.

While these initiatives has cut water consumption by 26.3% across California from June through November 2015 compared to two years prior, and while this past season has brought more precipitation than we have seen in the last four years, DWR continues to encourage that water conservation be a priority.

“Conservation,” DWR states in a press release, “the wise, sparing use of water, remains California’s most reliable drought management tool.”

Surveyors continue to monitor the snowpack’s water content, which continues to look promising in comparison to this time in 2015.

AndNowUKnow will continue to report on any and all weather patterns as they pertain to the produce industry, so stay tuned.