Thieves Make Off With Heist of Potentially Poisoned Strawberries

KENT, U.K. - Some crafty thieves may be making off with a stomach ache, in addition to a haul strawberries stolen from a Kent, U.K.-area farm this month. With greedy eyes looking to make a buck off of higher-than-usual post-Brexit strawberry prices, these berry-nabbers may have accidentally grabbed berries with an extra layer of flavor, namely, police say, poison.

According to an article by U.K. source The Independent, the criminals in question are believed to have cut a hole in a fence around Hill Farm, southeast of London, making off with over 220 pounds of strawberries. The source equates this to just under $400 worth of fruit, with law enforcement suggesting the heist was likely acted out with the intention to resell the fruit. 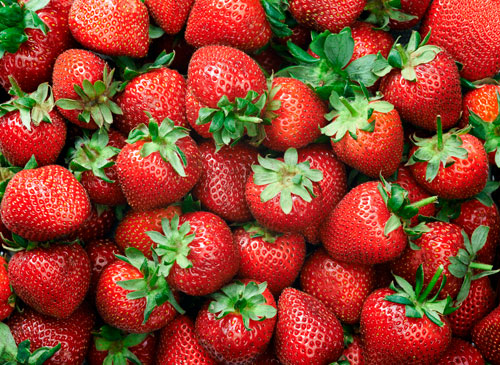 One hitch in their plan the perpetrators were not expecting, however, was that the strawberries had recently been sprayed with a routine chemical.

“The fruit had recently been coated with a chemical to help growth which can cause poisoning to the stomach,” a Kent Police statement said. “There have been previous incidents of theft at the farm, and it is believed the same people are responsible for the latest incident.”

Likely to be a growth regulator and a typical type of spray you’d see used in this type of berry growth, those knowledgable in pesticides said ingesting the chemical without washing it off could be toxic to those who may unknowingly consume these berries.

So, if you happen to be galavanting around London in the near future and see what looks like an innocuous strawberry stand on the side of the road, think twice before you pop one of those summer treats directly into your mouth.

For all the latest on dastardly deeds in the produce industry, AndNowUKnow will keep you updated.