DUBLIN, IRELAND – After making headlines by acquiring 45 percent of Dole Food Company earlier this winter—with an option to acquire an additional six percent—Total Produce announced robust growth throughout its operations—including a 43.5 percent increase in pre-tax profits.

“Total Produce has delivered very positive results in 2017. Total revenue has increased by 13.9 percent to €4.29 billion (USD $5.24 billion) with an 11.7 percent increase in adjusted earnings per share to 13.48 cent,” said Carl McCann, Chairman of Total Produce. “The Group announced on 1st February 2018 that it had acquired a 45 percent stake in Dole Food Company for $300 million, subject to regulatory approval. It represents a very significant step in the history of Total Produce and a continuation of its successful acquisition and expansion strategy.” 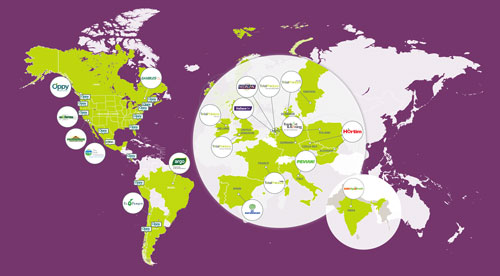 Highlights from the company’s preliminary statement include:

For more on Total Produce and other important companies in our industry, stay tuned to AndNowUKnow.