STILLWATER, MN - 2020 was a tumultuous year for everyone, including those in the grocery industry. The United Natural Foods, Inc. (UNFI) banner CUB® was forced to close the doors of its Lake Street store in Minneapolis, Minnesota, due to significant damage following the civil unrest in the area. However, CUB has announced that the location is now back up and running, and has some new features and expanded selections that will have shoppers cheering. 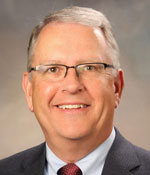 “From the moment we had to close the Lake Street location, we knew we would not only rebuild, but rebuild with the intent on creating a store that was a better reflection of the neighborhood it serves,” said Mike Stigers, CEO. “From the wider selection of fresh produce, meat, and seafood to the innovative areas that push the envelope of what to expect from your neighborhood grocer, our new Lake Street store is one the community can be proud to shop every day. The reopening of the Lake Street store is made possible through the support of the Jerry’s Foods team, the franchise owner of the store, and we thank them for their continued dedication to the local community.”

The renovated store now features enlarged specialty areas as well as new features that were contributed and developed from local community suggestions, according to a press release. 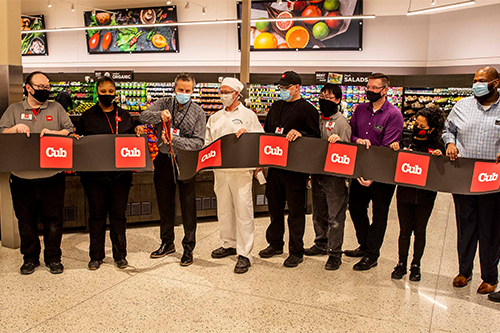 Some of the new installations include:

In addition to the expanded offerings, the CUB location will incorporate new amenities to meet the needs of customers. On top of a dollar store department, the Lake Street store will now feature grocery pickup and delivery, as well as an accessibile pharmacy with prescription delivery.

The reopening of the location marks the closure of the CUB Community Market, a 13,000-square-foot temporary structure established in the parking lot of the Lake Street store in early July 2020 in order to continue to meet the community’s grocery needs.

The CUB Community Market store offered key items such as fresh produce and best-selling grocery items found in traditional CUB stores. Through its opening, CUB was able to keep approximately 40 associates employed while renovations happened on the Lake Street location. 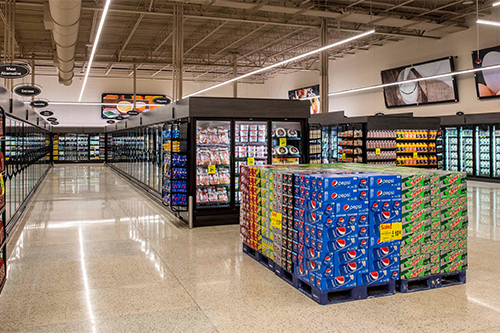 “The local grocery store is the last to close and the first to open in times of emergency, and that’s exactly what we demonstrated to our customers with the CUB Community Market,” said Stigers. “I’m proud of the entire CUB team who rolled-up their sleeves and found solutions to help meet the needs of our neighbors, family, and friends while our Lake Street store was under construction.”

As more retailers make fresh produce a focal part of their expansions, AndNowUKnow will continue to keep you up-to-date.