SEATTLE, WA - While there's no doubt that Amazon is making a substantial dent in the retail grocery business over the past few months, it seems like not everyone is thrilled about the idea. According to several reports across newswires, opposition to the newly proposed $13.7 billion Amazon and Whole Foods deal is mounting. Both the United Food and Commercial Workers International Union (UFCW) and Rhode Island Congressman David Cicilline are calling on antitrust officials to look into the possible negative affects of the buyout. 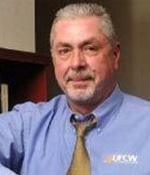 “Amazon’s reach will ultimately reduce the number of grocery competitors that consumers can choose from,” President of the union Marc Perrone wrote in a public complaint to the Federal Trade Commission (FTC). “Regardless of whether Amazon has an actual Whole Foods grocery store near a competitor, their online model and size allows them to unfairly compete with every single grocery store in the nation.”

Though Perrone did not call for an outright block of the deal, he asked the FTC to “carefully review” Amazon’s move. In the letter, he touched on the following potential ills as being possible affects of the merger:

To read the full text of the letter, click here.

In addition to the UFCW, Rep. David Cicilline, also a member of the House Judiciary Antitrust Subcommittee, called for a hearing on the proposed merger. 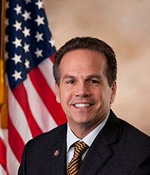 “I respectfully urge that the Subcommittee hold a hearing on this proposed acquisition to carefully consider whether it will harm consumers, workers, and small businesses in our communities,” Cicilline wrote in a letter to Rep. Bob Goodlatte, a Judiciary Committee Chairman, and Tom Marino, Chairman of the Subcommittee on Regulatory Reform, Commercial, and Antitrust Law. “It is essential that Americans have meaningful choices about the products we buy, the businesses we support, and where and how we work.”

To read the full text of Cicilline’s letter, click here.

As retailers, unions, and government officials alike continue to raise concerns about the potential ripples the Amazon-Whole Foods merger may cause, AndNowUKnow will continue to keep you updates.