WASHINGTON, DC - As the U.S. House of Representatives set to vote on a Republican immigration reform bill on Wednesday, tensions continue to swirl around what a potential outcome would be for the produce industry. Republican lawmakers continued to make change to their reform package over the weekend, but many analysts still said that passing the bill as is would be a long-shot.

In many’s view, most pertinent to the produce industry would be a recently added provision to the bill that would expand E-verify, a program the U.S. government uses to check the immigration status of workers, including those in guest worker visa programs. According to an article by The Wall Street Journal, not to mention sources ANUK has spoken with, many in the agricultural sector say an expanded E-Verify program would exacerbate worker shortages. 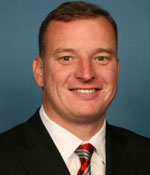 "The bottom line is I do have to represent the farmers and agriculture in my district, and E-Verify sounds good and all, but there's got to be some security for these growers and these ranchers that they're going to be able to have the labor to keep their businesses going," said Rep. Tom Rooney, a Republican from Florida, in a CNN article.

Though the provision was added by Republicans in an effort to help pass the bill in total, CNN affirmed that there was “little evidence that the changes would be enough to get the bill passed.” On Thursday, the “Goodlatte” bill, which we reported on in October of last year and heavily relies on guest worker reform programs including E-Verify, fell short of the number of votes needed to pass.

"Republicans should stop wasting their time on Immigration until after we elect more Senators and Congressmen/women in November. Dems are just playing games, have no intention of doing anything to solves this decades old problem. We can pass great legislation after the Red Wave!" Trump tweeted on Friday.

Republican leaders intended to vote on their immigration proposal last week, but chose to hold off and focus on getting more votes in a last-minute decision. Will the vote go forward tomorrow as planned with Republican legislators overcoming this uphill battle? AndNowUKnow will continue our coverage of all things immigration reform as the fight wages on.