FOLSOM, CA - A new research study published in Current Developments in Nutrition found that the equivalent of one cup of fresh blueberries, given as 22 g of freeze-dried blueberries, may beneficially affect areas of health in overweight men with type 2 diabetes.

The study, “Effect of Blueberry Consumption on Cardiometabolic Health Parameters in Men with Type 2 Diabetes: An 8-Week, Double-Blind, Randomized, Placebo-Controlled Trial,” was conducted at the Stratton Veterans Affairs (VA) Medical Center in Albany, New York. The study found that intake of the equivalent of one U.S. cup of fresh blueberries resulted in clinically significant improvements in measurable indicators of type 2 diabetes—Hemoglobin A1c (HbA1c) and fructosamine—compared to a placebo.

The results also showed significantly decreased levels of serum triglycerides after blueberry consumption compared to placebo. Left untreated or uncontrolled, elevated blood triglyceride levels may increase the risk of serious complications such as cardiovascular disease—the leading cause of morbidity and mortality for individuals with diabetes. 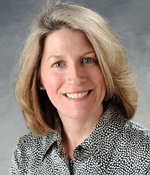 “To date, few human clinical trials have evaluated the potential beneficial health effects of blueberries in populations with type 2 diabetes,” said Kim Stote, Ph.D, MPH, RDN, who has a research appointment at the Albany Stratton VA Medical Center, and is the study’s lead investigator. “While the results cannot be generalized to all populations, they speak to the evidence that a dietary intervention with a realistic serving of blueberries may be an effective strategy to improve metabolic factors associated with type 2 diabetes.”

Over an eight-week period, researchers studied 52 overweight male participants between the ages of 51 and 75 who had a medical diagnosis of type 2 diabetes for at least six months as indicated by hemoglobin A1c (HbA1c) > 6.5 and < 9 and BMI > 25 kg/m2. During the study, non-insulin diabetes medications were prescribed to 100 percent, of the participants. Other inclusion criteria for subjects included no insulin use and no heavy exercise.

Participants were randomly assigned one of two interventions: either 1) 22 g of freeze-dried blueberries (the equivalent of one U.S. cup/d fresh blueberries) along with their regular diet or 2) 22 g of a placebo powder (matched in energy and carbohydrate content to the freeze-dried blueberries) along with their regular diet. Of note, fiber was not controlled in the study, which is known to influence glycemic response. 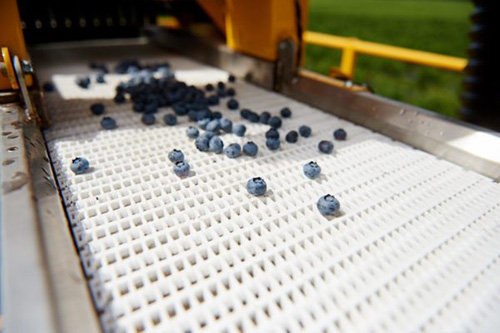 According to the Centers for Disease Control and Prevention, more than 34 million Americans have diabetes (about 1 in 10). Approximately 90-95% of them have type 2 diabetes, which occurs when insulin is made by the pancreas, but the body’s cells gradually lose the ability to absorb and use the insulin. The prevalence of type 2 diabetes is increasing in the U.S. population due to aging, physical inactivity, being overweight (body mass index (BMI) > 25 kg/m2), and obesity (BMI > 30 kg/m2) status, all of which are serious risk factors. 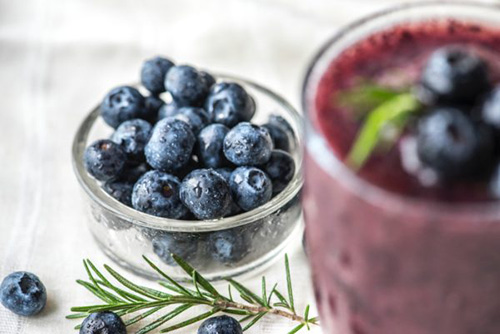 The research was funded by the U.S. Highbush Blueberry Council (USHBC). The USHBC had no role in study design, data collection, data analysis, data interpretation or writing of the study. For more information on blueberry nutrition research, health information and recipes visit blueberrycouncil.org.