CALIFORNIA - Sacramento is currently jumping from winter to summer. This week we are seeing a 30-degree (Fahrenheit) increase from last week’s rain and wind, and we have the Northern California snowpack to show for it.

As we’ve reported, both in our own coverage and through our partnership with Weathermelon, California has seen a record-setting May in terms of water that has the Sierra at higher-than-normal snowpack levels and several reservoirs nearing max capacity. 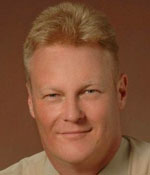 “This year has been an extremely good year in terms of snowpack,” said Jon Ericson, Department of Water Resources Flood Management Chief, in an earlier press release. “Based on our surveys, we are seeing a very dense, cold snowpack that will continue to produce run-off into the late summer.”

The Sacramento Bee reports current statewide snowpack levels being recorded at 20 inches of “snow water equivalent,” the depth of water that would result if the snowpack melted at once. This is a figure that is 167 percent above average for this time of year, according to the California Department of Water Resources.

As of Sunday morning, May 26, water levels in the state included:

Officials were releasing water from multiple of the above water sources to avoid spillover, The Sacramento Bee stated.

Snowpack is more than 10-feet deep in some areas, according to Department of Water Resources' snowpack readings, with this year being marked as the fifth largest recorded after it peaked March 31.

The immense snowpack levels this year are always a welcomed element to our landscape as they function as a reservoir of its own—but more reservoirs and storage are what we truly need to retain our precious resource. What to do, California?

As Mother Nature continues to keep us guessing, AndNowUKnow will report the latest.