GOODLETTSVILLE, TN - More players are entering the fresh produce retail arena, from Blue Apron to VICE’s new meal kit programs, to German retailer Lidl, and now from the discount dollar retailer Dollar General. On a recent earnings call, the company reported that it will be expanding perishables, including fresh produce, in its strategy moving forward. 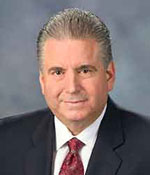 “The remodeling of about 300 traditional stores based on lessons learned from the conversion of acquired sites last year is on track,” noted CEO Todd Vasos during the call, according to a SeekingAlpha transcript. “The remodels include increasing the cooler set to 34 doors, an increase of about a 160 percent on average from the existing cooler footprint for these locations. This allows for a greater perishable assortment, which helps drive trips and basket size. Additionally, across about a third of these locations, we are testing an assortment of fresh produce. While it’s still very early, initial remodels are yielding strong same-store sales improvements.”

As we previously reported, the company announced a net sales increase of 6.5 percent to $5.61 billion for first quarter fiscal 2017, while same-store sales in the 2017 first quarter moved up 0.7 percent from last year. As the stock reports show, the company continues to see favorable results. 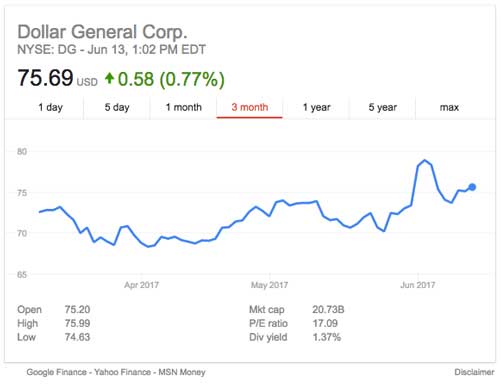 "For the first quarter of 2017, I am pleased with our earnings results which reflect solid management of the business in a difficult retail environment as we overcame our most challenging comparisons from the prior year,” said Vasos. “Our same-store sales improved as we moved past the delay in income tax refunds and the timing shift of the later Easter holiday. We continue to execute on our focused strategy and implement our operating initiatives which we believe will improve customer traffic and transactions."

The company also highlighted that its recently enacted plans to acquire 322 locations in 36 states has resulted in an increase to the company’s prior guidance, and Dollar General is now looking to add approximately 290 new stores in addition to the 1,000 stores it had previously anticipated.

How else will the fresh retail landscape change? Follow along with AndNowUKnow as we keep you updated.