BAKERSFIELD, CA - It’s no secret that California farmers face a complex challenge. Grimmway Farms noted that during the past year, consumers upped the ante on demand for organics, California state legislature passed two bills mandating changes to farmworker pay, and the drought shook its dry finger at everyone involved.

With the stakes high as ever, growers embrace the bumpy road ahead, confident that the industry will emerge stronger than before, and Grimmway Farms said it sees light at the end of the tunnel.

Water is one of the oldest of the issues at hand, and with California famous for dry, arid deserts, and cyclical periods of drought, farmers use these attributes to their advantage. 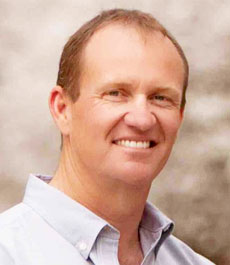 “What makes it such a great place to farm is perfect soil, perfect sunshine, and the ability to control the exact time we irrigate our crops,” said Jeff Huckaby, who celebrates his first year as President of Grimmway Farms this week.

According to a press release, Grimmway takes a calculated approach at managing operations around this scarce resource—literally. It’s found the very best areas to grow and migrates between regions to capture prime growing conditions year-round. “We calibrate each season for optimal quality, matching crops with specific acreage considering the availability of water,” said Huckaby. “The advances we’ve made in the recent past have left us well-equipped to withstand the drought.”

Wage policies, Grimmway stated, make for a muddier situation, but one that it has been committed to resolving in order to protect and provide for its employees. Minimum wage is scaling to reach $15 by 2022, and the state has lifted a longstanding exemption that allowed farm laborers to work well past an 8-hour day.

While the topic is sensitive, Huckaby said the solution is simple: “When you have a wage that’s rising every single year, it hits the bottom line in a drastic way,” he said. “Cost of labor is going up significantly, so our efforts to increase efficiency have been crucial. It’s made us think outside the box.”

To minimize the effect this has on consumers, Grimmway has proactively sought ways to mechanize where they can and develop a more skilled workforce where they can’t.

“A lot of what we grow is hand-selected, hand-harvested, and hand-packed, resulting in a very high-quality end product,” Huckaby explained. “We won’t cut quality, so we’ve introduced more automation and built more value into each job.” 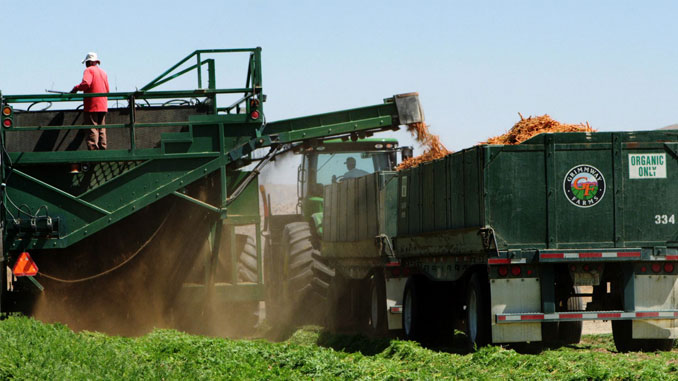 Investing in training and technology follows Grimmway’s tradition of innovation and integrity, and the changes come just in time to help scale with continued growth in the organic category. “The organic market is just booming, and we don’t see that going away,” said Huckaby.

He explained that retail partners across the board are ready to build their program to keep consumers coming back. “We believe in the benefits these crops bring our customers and the environment. Given the market’s response, we’re making the right decisions for both,” said Huckaby, who helped Grimmway launch its organic division in the early 90s. “We convert more and more land every year, and luckily it’s paid off.”

Fast-growing demand for organics mixed with cost-driving employment policies and an environmental crisis have created what the company calls a pressure cooker of problems for the industry to solve. Huckaby views the outcome as an area of opportunity, and Grimmway is proving that it can always do more with less.

Stay tuned for how it continues to do so by checking in with AndNowUKnow.