SWEDEN - Those who associate Swedish-originated IKEA with furniture and home décor have not been to the in-store café at the end of the maze-like shopping experience.

But the company plans to change that, vegetarian and vegan-style.

Allow us to introduce the veggie ball. 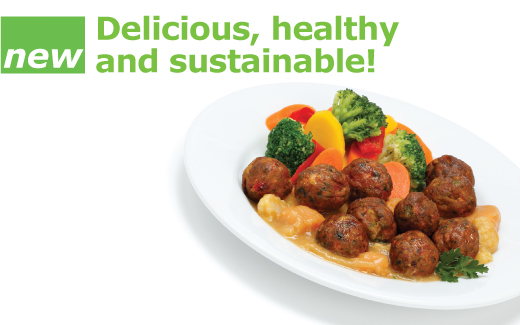 You may be surprised to know that already IKEA’s meatballs are quite the hit, with a billion having been sold last year alone. In fact, according to the Wall Street Journal, five percent of the company’s $1.5 billion in sales was made in its food department. Now the furniture center wants to attract a more diverse, health-conscious crowd as well.

“The veggie ball is meant to cater to a wider audience and offer more choice,” Michael La Cour, Managing Director for IKEA’s food business, said, according to the report. “Our prime ambition is to drive visitation to stores.”

The veggie balls are a rolled up combo of, among other vegetables, green peas, kale, corn, and carrots, gearing specifically towards the ever-growing vegetarian market, which the Wall Street Journal reports is currently valued at about $973 million. While it did do just that, PETA reportedly jumped in and convinced the company to go one step further.

According to the Huffington Post, PETA posted a celebratory blog after having worked with IKEA to make the veggie balls compatible with vegan diets as well, expanding the scope of its intended market even more.

This world-wide roll out, which took place last week, is reportedly the company’s “first step to include a wider variety of healthier and more sustainable food choices,” with more in the works. Though what is next, we will have to wait and see. So keep checking in with AndNowUKnow for all the latest produce industry news.