Over One Ton of Marijuana Smuggled in Carrot Shipment

PHARR, TX - Officials at the Texas-Mexico border uncovered an attempted shipment of illegal drugs disguised as a haul of fresh carrots coming through the Pharr-Reynosa International Bridge cargo facility.

Weighing in at more than a ton, a total of 2,817 packages of pot wrapped up in orange plastic to look like fresh carrots were discovered among a shipment of real carrots, according to a U.S. Customs and Border Protection press release. CBP officials stated that the haul is estimated to have a street value of about $500,000. 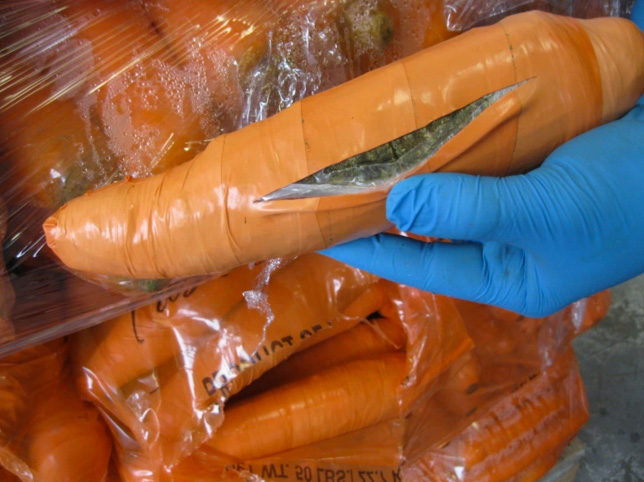 “Once again, drug smuggling organizations have demonstrated their creativity in attempting to smuggle large quantities of narcotics across the U.S./Mexico border,” said Port Director Efrain Solis Jr., Hidalgo/Pharr/Anzalduas Port of Entry. “Our officers are always ready to meet those challenges and remain vigilant towards any type of illicit activities.”

The deal was uncovered last weekend, January 10th, in a big rig hauling produce from Mexico. The CBP officers reported that the truck caught the eye of Border Protection agents, who tagged it for a secondary inspection.

It was on this closer, more thorough inspection with help from canine units that the fake carrots were discovered and confiscated in nearly 2,500 pounds of carrots. 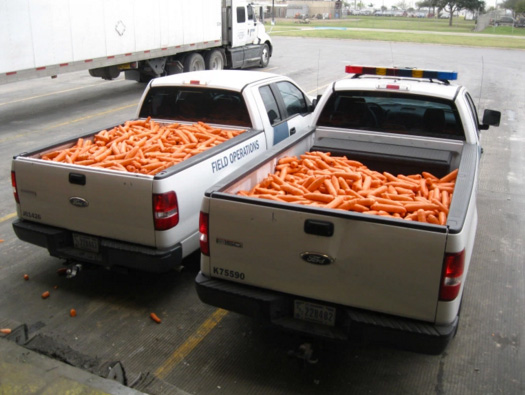 The case is still under investigation by agents from the Homeland Security Investigations department, and it was not reported if the driver of the truck was taken into custody.