SPAIN - Produce has once again fallen victim to drug operations, as Spanish authorities recently seized €60 million ($72 million USD) worth of cocaine disguised amongst a shipment of frozen pineapple from Brazil.

According to a police statement, the 800-kilogram shipment was en route to a secret laboratory located in a chalet in Robledo de Chavela, Madrid. The cocaine had been treated with a complex chemical process that made it almost undetectable for sniffer dogs, according to Sunday World. 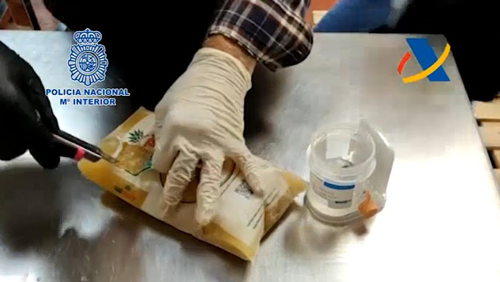 The maritime container carrying 14 tons of frozen pineapple pulp was linked to the same companies in the former case, authorities examined the truck and found the drugs mixed into one of the pallets.

Following the seizure of the substance, officers executed three house searches and arrested the two businessmen. Two recently purchased vehicles and roughly $12,000 in cash were also obtained by officials.

A huge shout out to these authorities for defending fresh produce from the heinous acts of drug smugglers.