PHOENIX, AZ - Seasoned retail veteran Dan Croce has joined the senior executive team of Sprouts Farmers Market in the capacity of SVP East Division. In his new role, Croce will oversee Sprout’s East Division, including the company's first ever store in Pennsylvania, opening this September. 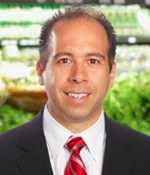 According to the executive's LinkedIn, the former Acme Markets President left his position with the New York-based Albertsons banner this May—after serving in leadership roles of increasing importance with the company for more than a decade. Croce first joined Acme markets as Division Operations Manager in January of 2005—before moving on to serve as Director of Operations, VP Sales Support, VP of Operations and Vice President of Marketing. Croce served as President of the banner for more than three years before departing in May.

Prior to joining Acme Markets, Croce worked with New Jersey-based Super Fresh Food Markets—joining the store as a Store Director serving at various locations throughout the Delaware Valley and eventually rising to the role of District Manager with responsibilities throughout Pennsylvania, Philadelphia, and New Jersey.

This April, Sprouts announced the addition of 13 new stores—including the first to open in Pennsylvania, and Croce will presumably oversee this and other stores in the eastern U.S. as Sprouts eyes avenues for expansion.

For more breaking news on important retailers in our industry, keep reading AndNowUKnow.