SALEM, NH - After teasing Alphabot, an exciting first-of-its-kind innovation, back in 2018, Walmart garnered industry interest around the efforts it was making to introduce new technology to its grocery operations. Now, almost two years after that initial announcement, Walmart is using Alphabot at its Salem, New Hampshire-based supercenter to revolutionize grocery as a whole. 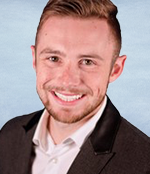 “This is going to be a transformative impact to Walmart’s supply chain,” said Brian Roth, Senior Manager of Pickup Automation and Digital Operations. “Alphabot is what we think of as micro-fulfillment—an inventive merger of e-commerce and brick and mortar methods.”

Walmart’s goal with the new Alphabot technology is simple really: to revolutionize the online grocery pickup and delivery process for both associates and customers, according to a press release. Specifically, the system—developed exclusively for Walmart by startup Alert Innovation—operates inside a 20,000-square-foot warehouse-style space, using autonomous carts. These autonomous bots operate on three axes of motion, which allows for a more flexible system that can move both horizontally and vertically without any lifts or conveyors. This allows for fewer space constraints to consider, making adoption of the system easier across stores. 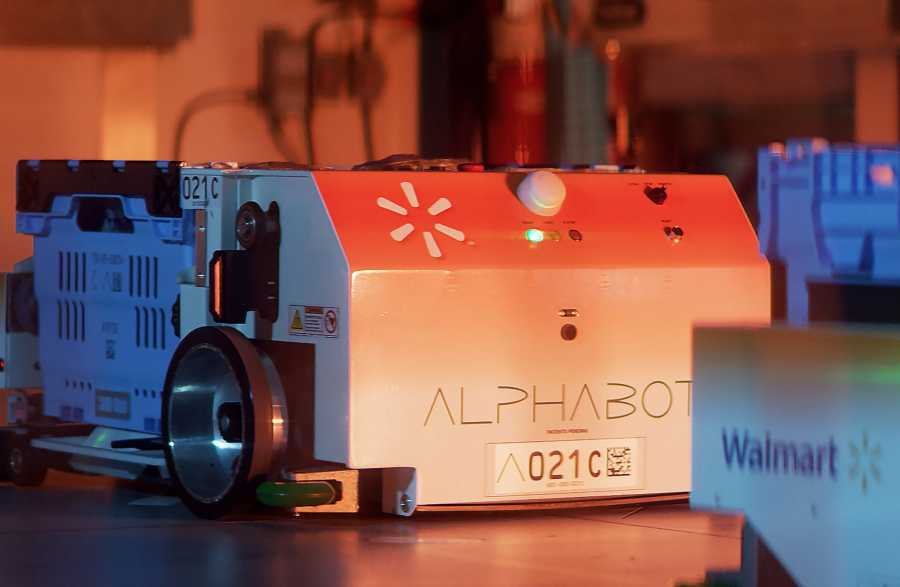 These autonomous bots are used to retrieve ambient, refrigerated, and frozen items ordered for online grocery. Upon retrieval, Alphabot then delivers the products to a workstation, where a Walmart associate checks, bags, and delivers the final order. Associates will continue to pick produce and other fresh items by hand, while Alphabot streamlines the process for all other items.

“By assembling and delivering orders to associates, Alphabot is streamlining the order process, allowing associates to do their jobs with greater speed and efficiency,” Roth continued. “Ultimately, this will lower dispense times, increase accuracy, and improve the entirety of online grocery. And it will help free associates to focus on service and selling, while the technology handles the more mundane, repeatable tasks.”

The new innovation adds more efficiencies to Walmart’s grocery operations as a whole, namely in the way of convenience. For example, by increasing fulfillment speeds, there will be less wait time for shoppers looking to pick up their online orders. Alphabot also relies on real-time data sharing, which over time should make the system more intelligent.

“We never want to be in a position to tell an online grocery customer they can’t have an item,” Roth said. “We’ll be able to look at datasets and fairly say ‘these two brands of pasta are typically bought together,’ or ‘here’s an item a consumer buys often,’ and use that information to make more informed substitutions.”

While Walmart is still studying, refining, and perfecting Alphabot, the retail giant is anticipating rolling out the revolutionary tech to more stores in the future. As we await this mass launch, AndNowUKnow will continue to serve as the produce industry’s Alphabot, retrieving all the latest news just for you.